I was just thinking that it was a strange coincidence that my ancestors, at least well back into the early 19th century, were all farmers and carpenters and such living here, in Western Minnesota, and that my grandfather had left this cold frigid place for the West coast after WWII, where I was born…and now I’ve ended up right back here. Well, almost — my grandparents and great grandparents and great-great grandparents etc. all lived even further north, on the flat basin of old Lake Agassiz, where the prairie was utterly flat and the winter winds could howl across the farm unimpeded by pesky hills. Then I stumbled onto a small collection of old photos.

Here’s my great-great-grandfather, Jens Westad. No, I never met him. The photo has to be from some time around the turn of the century. 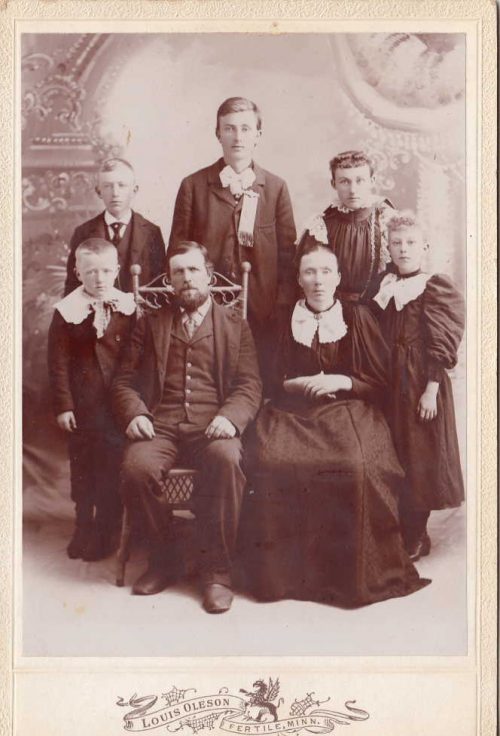 I very much like the formal style. The really tall kid in the back is my great-grandfather, Peter Westad. I did know him, visited him fairly often, did chores like weeding his garden for him, but he died when I was 13. He was a handsome man, with a lovely thick mustache. 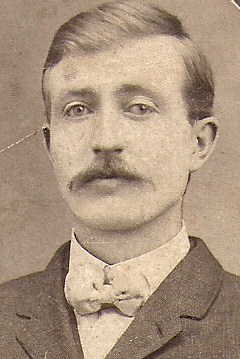 I think that photo would have been taken in his mid-twenties, maybe around 1906 when he married my great-grandmother, who was also wonderful and could make an excellent pie or fishhead soup. Here she is in a family portrait. 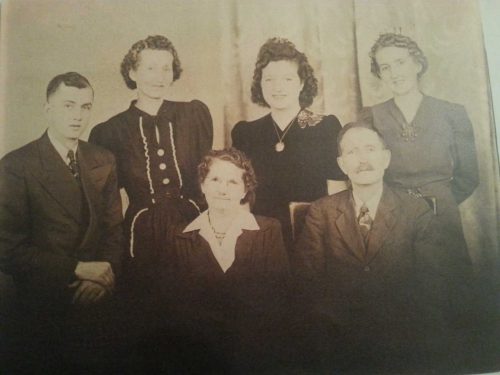 This one must have been taken sometime in the 1930s, before my grandfather, the young man on the far left, got shipped off to the far Pacific islands to build runways for the army.

I think that sometime this summer I should take a few days to visit the north country up around Gary and Fertile Minnesota since I seem to have fairly deep roots in that region. Not that anyone would remember the Westads, or that anything is left of their residence — damn, but we humans are impermanent — but it would just be nice to see a bit of the land that shaped my family.

It’s climate change! And global warming! It’s two, two nightmares in one! » « We’re in this business for the unanswered questions