Speaking of animals following you home… 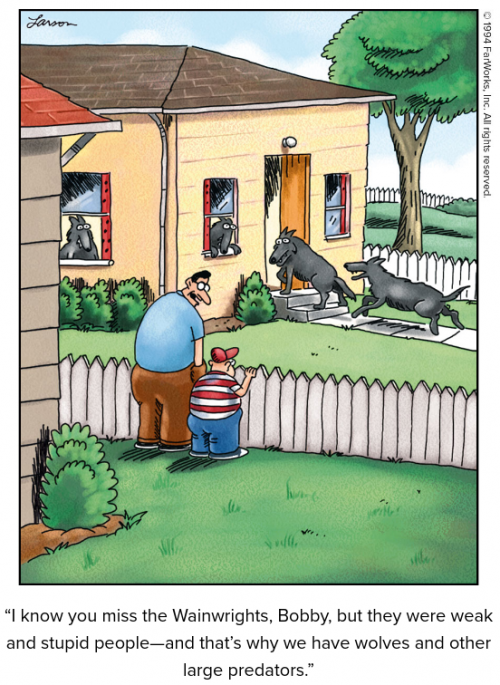 I’d like to imagine they’d eat the QAnon followers first, but they’re tasteless and greasy and travel in large packs.

Don’t try to argue that they’re also carrying overpowered firearms — startle a pack of QAnon twits, they’ll end up shooting each other.

The greatest Republican of all time » « Portents and omens