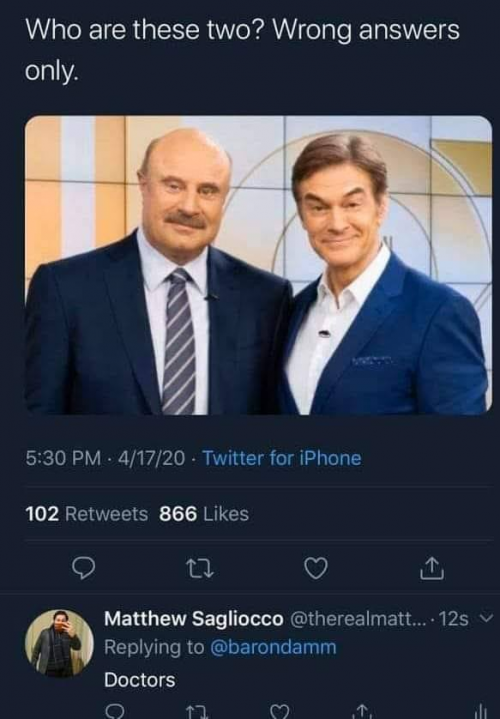 No further answers are necessary.

There are more important things than living? » « Tighten your belts!