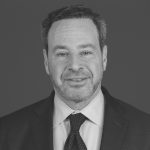 David Frum is a conservative Republican, a neo-conservative cheerleader who supported George W. Bush’s disastrous war in Iraq and the Israeli occupation of Palestine, who was an apologist for Sarah Palin, worked for Rudy Giulani’s short-lived presidential campaign, etc., etc., etc. He’s a deep Republican insider, although in recent years he has been rather unhappy with the radical turn towards idiocy that he’s observed in the party.

So maybe, you think, Republicans will pay attention to Frum’s agonizingly detailed chronicling of all of Trump’s failures? Maybe? Liberals have been saying the same sorts of things about Trump for years, and they’ve all failed to penetrate, so can we dare to dream that an arch-conservative pointing out the same issues might finally get through?

Nah, we still have meatheads like Joe Rogan favoring Trump. Fox News is still making excuses for him. Ron Paul thinks Fauci should be fired for disagreeing with Trump. Rush Limbaugh thinks the coronavirus pandemic is all hype.

Frum came up with the phrase “axis of evil” to label Iran, Iraq, and North Korea. Maybe he would have been better off using it on evangelicals, billionaires, war profiteers, the Tea Party, Fox News, Wall Street, and other enemies of the people right here at home. They’ve already got an ill-gotten conclusion about the right way to run the country, and they aren’t going to change it because of piddly little annoyances like the facts, or even tens of thousands of dead. The hundreds of thousands of dead in Iraq had no effect on Frum’s views, after all.

A patron hangout on Sunday » « You see, Roosevelt could have been a greater president