It’s because toxic masculinity is so ingrained in the culture that the staid ol’ NY Times can publicly say that “Having a penis thrust in your face at a drunken dorm party may seem like harmless fun”, and think that’s a good lead to a story about new testimony that confirms the accusations made against Kavanaugh. 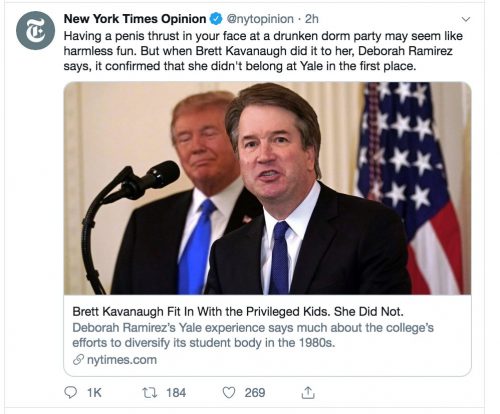 I’ve never experienced that (I guess I attended the wrong kind of dorm party), but I’m a guy, I’d just find it inappropriate and disgusting. I can see how a woman would find it intimidating and insulting.

How’s MIT doing lately? » « This guy has to stop stalking me