Twitter has once again put their foot in it over their annoying “verification” system — you know, the deal where certain users get a ‘prestigious’ blue check mark next to their name. To what purpose, I don’t know. Anyway, they handed out a precious Blue Check Mark to a known Nazi, the guy who organized the Charlottesville debacle, and suddenly everyone was questioning the invisible criteria they use to give these things out, and Twitter suspended the whole process while they review what the heck they’re doing.

I think xkcd explains it best. 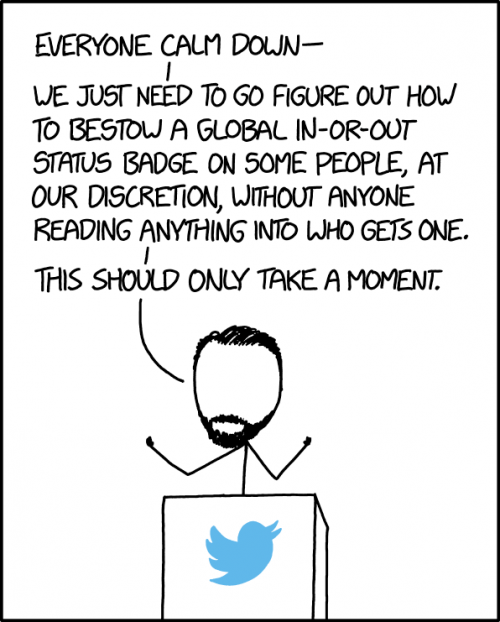 Friday Cephalopod: It’s snowing and all Christmassy! » « The Christian Brothers…now there is a name that will live on in infamy