We have Cafe Scientifique on the last Tuesday of every month, which just happens to fall on Halloween this year. So we’re having appropriate content — come to the coffee shop, learn all about carbohydrates from Alyssa Pirinelli, and then go hand out carbs at home! 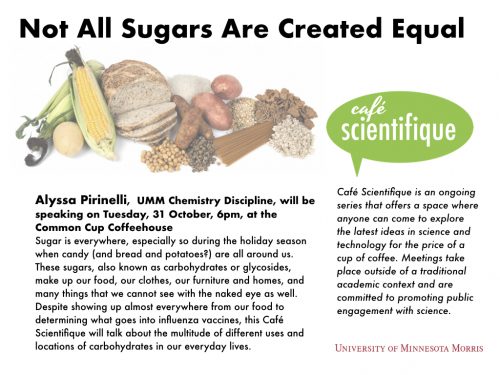 Both sides » « D&D never went away, but it’s coming back