I watched that terrible Giant Robot Duel. They were slow, clumsy, and stupid, with nothing but ginned-up drama to add some fake excitement to cumbersome machines poking at each other in slow motion. It was like old television wrestling slowed down to a tenth of the usual speed.

At least I realized something. An old flabby guy in glasses, like me, could easily defeat these monsters. All I’d need is a pair of cable cutters to go in and hack random wires and tubes while they plod around, and victory! I’ll say this for the old FAF wrestling nonsense, I know that Rowdy Roddy Piper or Hulk Hogan or any random luchador would flatten me in a heartbeat and with a laugh. These robots were contrived and pathetic.

Also, we already have manned fighting robots. They just aren’t poorly designed to appear anthropoid and aren’t equipped with feeble weapons like paintball guns or chainsaws. Here’s one: 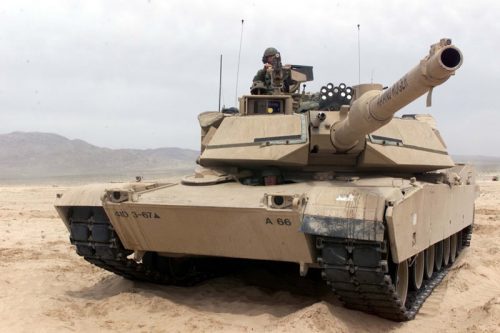 We’ve been working on battle bot technology for about a century now. These things aren’t pathetically awkward and inefficient and useless.

I also don’t think I could take an M1A2 with my aged nimbleness and some wire cutters.

Positional information and morphogens » « The Bog that Ate Brainerd