The KKK, the alt-right, white supremacists, and unabashed Nazis have all converged on Charlottesville to protest the removal of a statue of Robert E. Lee, treacherous defender of slavery, from a local park. They marched with torches through the city last night. 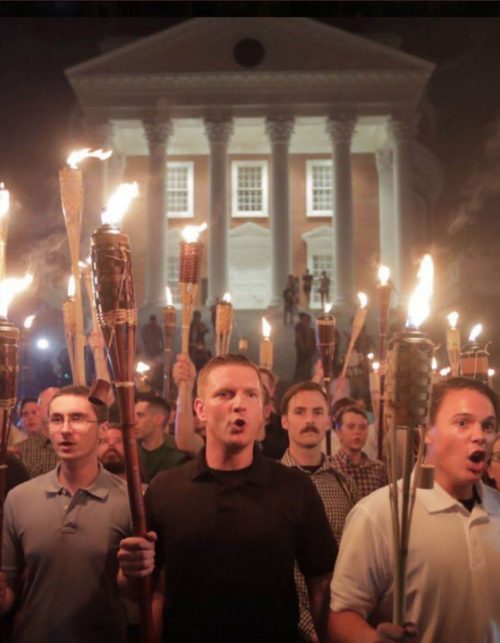 We can at least appreciate this moment of linguistic simplification: KKK, alt-right, white supremacist, and Nazi all refer to exactly the same thing, one united collection of deplorable bigots, and we should likewise unite to oppose them all. No more Nazis. Shun them, scorn them, punch them in the face. Tear down their monuments, trash their flags, fire them from their jobs. 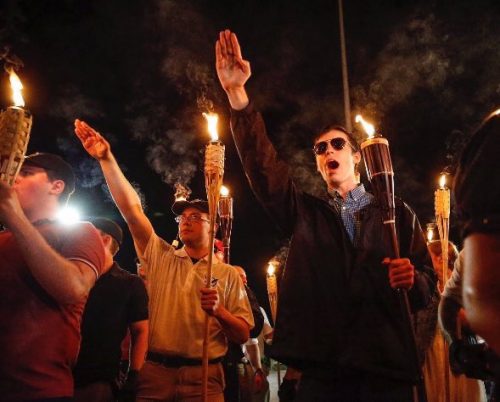 Goddamn fascist cowards » « Now that David Brooks has endorsed it, can we declare evolutionary psychology brain-dead and pull the plug?