Nice, diverse, liberal Minnesota hired a black man to play Santa at the Mall of America, and some people lost their goddamned minds. The Strib has closed their comments, they got so bad, but our local CBS station still has them up. A sampling:

stgeorgeschapel
Get used to these kinds of shenaigans! Over the past year and a half, I have met thousands of Trump supporters! They are the LEAST “racist” and MOST postive people you could know. They want what is best for ALL Americans, including a whole lot of black supporters. These are the ANGRY Hillary / Soros supporters who are doing all they can to undermine Trump, so that Hillary the horrid can run against him in 4 years. There is NO END to her ambition. She wll run until she is DEAD!

“Shenanigans”? What’s so awful about hiring a black man to play Santa? And of course this is all a conspiracy by Hillary Clinton to undermine Trump. You know, sometimes a mall Santa is just a mall Santa.

Tony Johnson
Problem is, society today, as a whole, is uneducated. If you were educated you would know that Santa clause was based on a monk named St. Nicholas who was, now get this…… CAUCASIAN! I don’t care how “color blind” you think you are, that fact will never change.

The ‘historical’ St Nicholas was a man born in Asia Minor in the 3rd century AD. If you’re going to get upset about historicity, complain about the red-suited rosy-cheeked fat man who lives at the North Pole.

What color are the elves supposed to be?

Victor Edwards
I clicked on the story fully expecting that they picked a Somali to play Santa. That would be fitting for Minnesota. Have a radical muslim who hates America and the western world play Santa. Give him a gun and some knives under his red suit and when the little Christian children come sit in his lap, he can cut their throats.

Somehow, this guy transformed a mall Santa into a child-slaughtering Radical Muslim, all in his head.

Wouldn’t be a racist roll call without someone doing dialect.

Or someone bringing gender into it.

We got all the stereotypes.

Peter Morgan
Stupid. Incredibly stupid. Santa is WHITE. BOYCOTT Mall of America. Maybe they should change their name to MALL of RAGHEAD LAND.

Please do boycott all these places that treat brown people as human. It’s one way for me to get a racist-free experience.

It’s all just downhill from here.

Laquisha Reynolds
I hope every self respecting White parent does not take their children to this atrocity.Santa Claus was a German character from centuries ago when blacks were eating each other in Africa…this imitation of traditional White characters from TV and movies to historical figures such as HAMILTON is a cancer that must be stopped .Blacks have very very few characters that would be worthy of being replaced with Whites but if MLK were played by a White person ..blacks would try to kill him.

Yeah, everyone knows Santa is supposed to be a white positive role model. 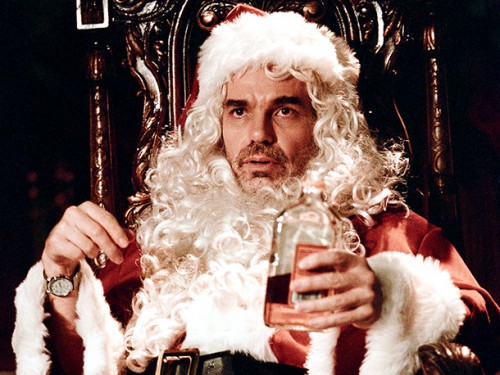 I need to take a shower now.

Americans are an awful, horrible people, as they keep demonstrating to me.

Horrifying insight of the day » « There’s a hook in this