I took the Pew Quiz just to check my views with my party affiliation — you never know, maybe I’m actually a Republican deep down inside, and I’ve been voting incorrectly for the past few decades. It was disappointing. 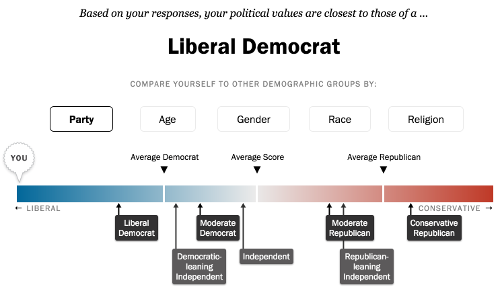 Hey, is that arrow labeled “YOU” a few pixels shy of the left edge of the scale? And is the average member of the Democratic party actually what I would consider a horrible conservative?