In yet another misstep by a Trump proxy, Marco Gutierrez from Latinos for Trump made the announcement that will annihilate the Trump campaign. Or, at least, give everyone on the internet a field day. 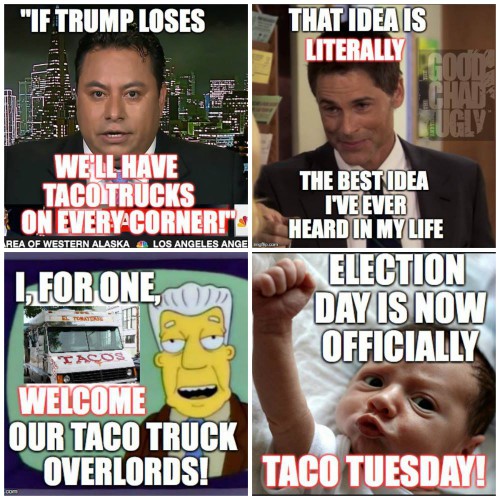 We must defeat Trump. For great justice, and now for tacos for everyone!