There are two interacting factors I expect of a good scientific explanation. One is empirical evidence, obviously — everyone knows that. You don’t get to sit back in your easy chair and make up ‘evidence’, and it’s unsatisfactory science if you don’t actually have any data to back it up. 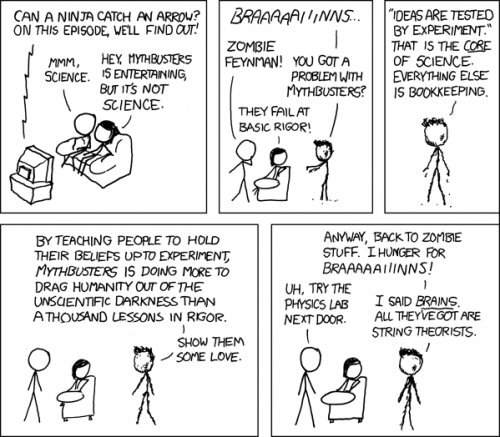 But there’s another piece that’s hinted at in the cartoon: theory. Without theory, you can’t have evidence; you have a miscellany of disconnected observations that don’t get you anywhere. You need to be able to answer the question “what did you see?”, but you also need to answer “why did you go looking for it?” and “how do you interpret what you saw?” Having an expectation that all of those basic questions ought to be answerable before you accept an idea means, unfortunately, that I have to reject a lot of entirely desirable ideas.

I’d like a fountain of youth, for instance, or at least a pill that would slow down the effects of aging, but that doesn’t imply that I get to have one. There’s a hot new company, Elysium Health, selling a pill called Basis, which is supposed to keep you young longer.

I recently received in the mail a small cardboard box, solidly constructed and colored a subtle metallic gray, from the future. ELYSIUM HEALTH was printed on it in white sans-serif capital letters. Inside, a smaller crisp white box, banded in blue and imprinted with a letterpress E, described its contents as “a daily health product designed to optimize and support your most critical metabolic systems,” including “DNA repair,” “Cellular detoxification,” “Energy production,” and “Protein function.” Within was an elegant pillbox containing 60 capsules. The technical language obscured an arresting truth: Basis, which I had ordered online without a prescription, paying $60 for a month’s supply, was either the most sophisticated fountain-of-youth scam ever to come to market or the first fountain-of-youth pill ever to work.

That is such a hopelessly naive article. That last choice is silly: it’s a scam. The author has no reason to believe any of the claims on that box, except that they sound sciencey. Well, maybe they sound sciencey to a layperson: they all sound like crap to me. “DNA repair,” “Energy production,” and “Protein function” are all routine cellular functions, and I don’t even know how you can “optimize” stuff that has 4 billion years of evolution behind it with a pill, but maybe they have a theory to suggest a strategy? We’ll see. As for “Cellular detoxification,” good gob, that’s a pseudoscientific buzzword — haven’t you learned yet that when someone sells you a detox plan, they’re peddling the purest quackery? 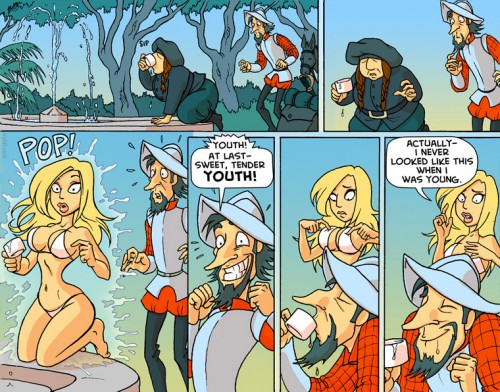 Sadly, though, the evidence for the effectiveness of the pill seems to be largely built around random anecdotes.

Others who’d taken Basis before me had described effects including fingernail growth, hair growth, skin smoothness, crazy dreams, increased stamina, better sleep, and more energy. Once I began taking it, I did feel an almost jittery uptick in mojo for a few days, and I slept more soundly as well. Then those effects seemed to recede, and there were also mornings where I felt a little out of it. If these were placebo effects, they were weird ones, because they didn’t make me feel better, only different.

There doesn’t seem to be any clinical evidence that this particular pill does anything. In fact, in another telling move, the company has skipped all that horrible FDA approval stuff by marketing it as a dietary supplement. Basically, they’re announcing that they can’t demonstrate any substantial effects, so they’ve chosen a marketing strategy that allows them to claim vaguely beneficial effects without the onus of actually providing any evidence for them.

So what about a theory? Here it is.

Scientists have recognized since the 1930s that calorie-restricted diets extend life in mammals (we evolved, the thinking goes, to withstand periods of famine, downshifting our metabolism in order to defer reproduction until we were again in a time of plenty). Guarente was one of the first to discover a single gene with a linchpin role in the process: in his case, a class of molecules called sirtuins. Now, aging science is in a growth spurt, with an accelerating race to develop compounds that target such master genes. The idea, and the premise of Basis, is that certain compounds might trick our bodies into thinking they’re starving (thereby extending our lives) without our having to feel hungry.

Uh-oh. There is a substantial literature on caloric restriction improving longevity; I haven’t been dazzled by any of it, since a lot of it is on model systems (and as someone who works on a model system, I can tell you that there is a lot of weirdness there), and the effects have been modest and variable. But caloric restriction has real physiological effects, unsurprisingly, and I’m seeing it touted as a treatment for everything from aging to Alzheimers to cancer. It all seems to be wobbling about in the world of straining for good p values, though, rather than the practical world of actually being robustly effective. But hey, we should keep studying it — maybe we’ll find some clear answers. We haven’t yet. We certainly haven’t found a recipe for reliable outcomes.

Sirtuins are also cool and interesting. These are proteins that regulate cellular pathways…a lot of different pathways. Saying that sirtuins play a role in aging-related metabolic pathways is literally true and wonderfully broad and ambiguous. They also seem to be an important mediator in the pathways stimulated by resveratrol, for instance, so hooray, there is a link between one vaguely beneficial pathway and another vaguely beneficial pathway! What do you mean, if you multiply weak statistical effects by other weak statistical effects, you don’t get stronger statistics?

So the theory behind this pill that has no evidence that holds up in clinical trials is that they are going to activate an enzyme that has multiple roles, but a few of those roles seem to be associated with weak effects on aging in some studies, so upregulating those pathways has to be good for you, right?

I don’t know. Here’s an old computer control panel with lots of switches. 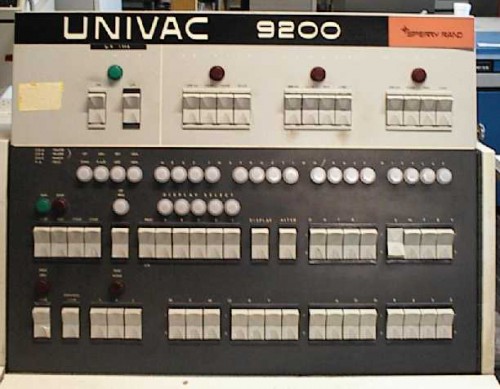 Somewhere on that box is a switch that, if you flip it on, turns on the whole machine, which is good. Therefore, if there are a lot of switches, it’ll work better if you flip them all to the up position. I don’t even know why they bother with switches at all — wouldn’t it be more efficient to get rid of them all and put everything in a permanent ‘on’ state? Science!

Another bothersome phenomenon: the company’s advisory board is packed with 6 Nobelists. This is more marketing than science; there is no reason to think that having a Nobel prize makes one universally wise, but it does persuade the rubes. Then there’s the disturbing phenomenon of people getting committed to believe in something for the sake of that belief, and their reputation, while not actually being convinced intellectually.

Then again, all these people are financially and reputationally incentivized to believe in Basis. Even Nelsen acknowledged he could be experiencing a placebo effect. I asked other scientists, outside Elysium’s orbit, whether they take the pill. Olshansky told me he takes nothing: He tries to exercise daily and watch what he eats. Kennedy, likewise, takes nothing: “I said I’m going to wait till I’m 50 before I start taking anything. I run, I try to keep my caloric level down, I manage stress.” Kaeberlein takes nothing but says he’s “getting more and more tempted to take rapamycin in a low dose.” Sinclair, who now co-directs a Glenn-funded center at Harvard, still takes resveratrol every day and also takes an NAD booster (he has his own biotech company, currently in stealth mode, focused on that booster).

I have to say, though, these guys are actually saying smart things. Moderation, sensible diet, reasonable exercise, managing stress — these seem to be effective ways to limit the effects of aging. If you’re doing those, you don’t need a magic pill. And if you’re doing those things while taking the pill, the magic pill will look even better.

But if you’re not living healthily, you might want a magic pill that that gives the benefits of a healthy life style. Which means that Elysium Health, like all the quack nostrum peddlers, is going to make money. That’s all that matters, right?

How to Talk to a Woman Who is Wearing Headphones » « Mary’s Monday Metazoan: An arthropod proud of his joints