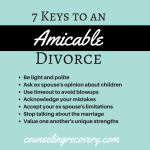 In a few months, the Democratic party will hold a convention and pick a nominee. It will be one of you. Go ahead, imagine that it’s you.

You are then going to turn to the second place finisher and ask them to continue their campaigning and help you defeat the abomination that is going to lurch out of the Republican convention. You want them to agree to do so. Put everything you say now into that future context, please.

I say the same thing to all the Bernie and Hillary supporters.

I would also say something special to Bill: your wife is doing a fine job without you. Stop “helping”.