No, not this one. 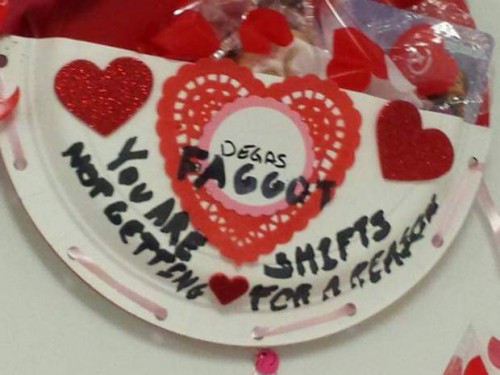 Faggot
You are not getting shifts for a reason

That one was given to Degas Sikorski, who is gay and was working in a party store in Edmonton, Canada. That card is vile and disheartening, and not exactly designed to inspire a party mood.

But then he got this valentine. 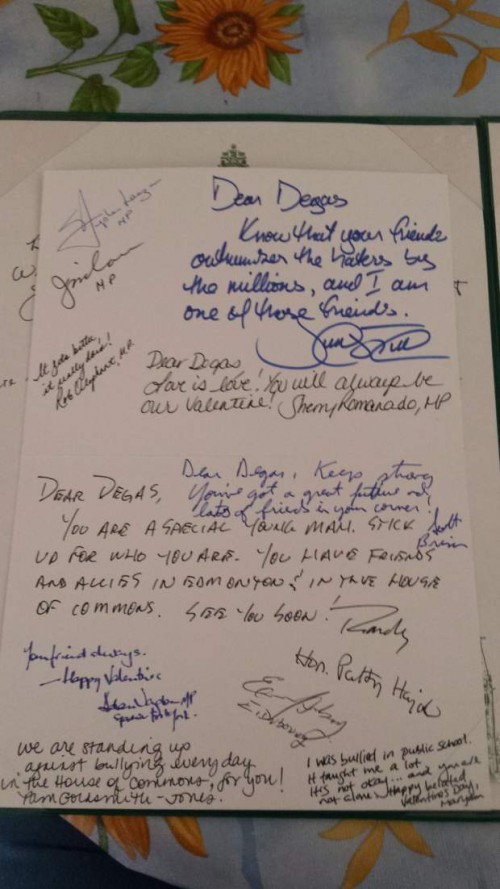 It’s a supportive message from Justin Trudeau and various members of the Canadian parliament.

But let’s try to be cynical for a moment. Maybe this is simply blatant pandering by Trudeau, trying to appeal to the Canadian public by weaseling his way into their hearts by acting all liberal and inclusive and open. He could be a devious wretched demagogue who’s playing a long game here.

But then I thought…wait a moment, the way to win over the Canadian people is not by demonizing the Other and threatening to deport them or arrest them or shoot them, but by embracing diversity and supporting your citizens and being kind to them? I’m not used to that.

And then my heart grew two sizes that day, and I died of cardiomegaly and acute pericarditis.