How odd. The cultists who believe the world will end today had bright yellow t-shirts and hats, and professionally printed signs, and have been waving them around to announce their imminent demise. That seems like strange behavior if you really believe the entire world will be annihilated. It’s almost as if they’re less interested in their assumed facts, and more interested in advertising their dogma. 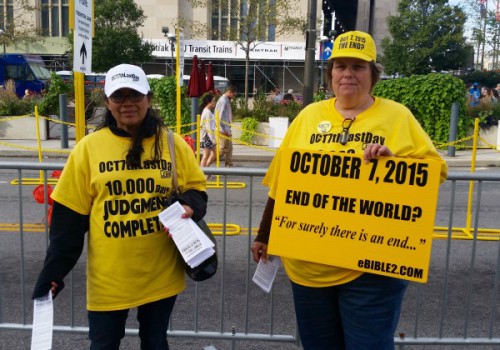 Also, the person on the right seems lacking in confidence: The End of the World, question mark? If the world does actually end today, they’re going to be roasting in hell for their lack of faith, which means they lose whether the world ends or not.

It’s Thursday » « The money is all green, anyway