Science role models who are too feminine are discouraging — because there’s a perception that it’s too hard to be both pretty and sciencey? 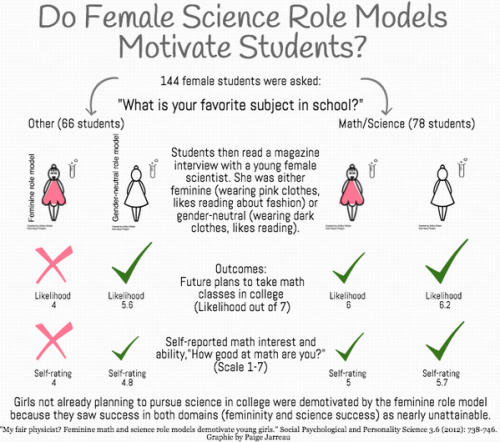 Maybe we need to change the perception, rather than asking women representing science to try and dress down.