“I’ve never argued that vaccines don’t work. I just don’t think you need them. There are so many maladies now that used to be rare and now are much more prevalent—things like allergies, ADD, asthma, migraines, autoimmune disorders, chronic fatigue, colitis, more colds. I’m not saying vaccines cause any of them, but the modern immune system might be less robust than it used to be because it doesn’t get its full workout going through a disease like the measles. I’m glad vaccines exist, just like I’m glad antibiotics exist, but we’ve abused the hell out of them. Bugs that no antibiotic works on anymore? I worry about that a lot more.” 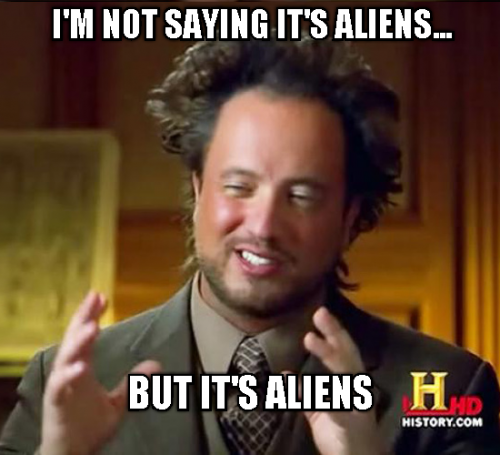 As for the argument that you don’t need them: I’ll just mention polio and measles, and leave them right here. Idiot.

Does he even know that vaccines are different from antibiotics?

I can’t leave this other annoyance alone.

“My reaction once again was that if there are this many bad apples, there’s something wrong with the orchard. The fact remains that Islam is a uniquely intolerant and violent religion at this point in our history. The vast, vast, vast majority of Muslims are not terrorists. But here’s the point people don’t bring up: They’re not terrorists, but they share some very bad ideas with terrorists, and bad ideas lead to bad behavior.”

I think Islam is a detestable faith, but then I think the same of all faiths. I do think it’s a cop-out to claim that Islam is “uniquely intolerant and violent”, though: it’s not. I think you could even look at atheism, and find people like Maher, and Harris, and Hitchens, who endorsed extreme violence against Islamic countries, justifying it with this claim that they are uniquely violent and need to be put down. We’re peaceful, they’re violent, so we need to drop bombs on them.

I also object to this attitude that we need to encourage them to kill each other. We’re talking about a billion human beings. How smart would it be to suggest that American dissent, all those tea partiers and gun fondlers and maniac Republicans, ought to be settled with a good old-fashioned civil war? Just arm the liberals and conservatives and let ’em settle it by killing each other, and accept that a majority of innocents will be collateral damage.

Do we argue that those pious, peace-loving Christians among us enable the minority of militants, therefore it is a good idea to kill Christians? I would hope not. Somehow, though, Christians and a few too many atheists think that logic is just fine if we change the name of the targeted people to Muslims.

I also see these people point fingers at other countries and telling them to take out their own trash, possibly with a few good assassinations to take out the bad people, but failing to look at their own homes and recognizing that we have an awful lot of trash of our own. Dick Cheney is still walking free, getting the respectful attention of the Sunday morning pundits; Scott Lively was allowed to run for governor of Massachussetts; Pat Robertson owns a broadcasting network that runs in 180 countries; our television networks revere Abrahamic patriarchs, like the Robertsons and the Duggars, who in their beliefs would fit in just fine with the regressive mullahs of Islam. I could go on at agonizing length.

What would Maher’s opinion be if Sweden, for instance, looked at us and announced, we probably need to take out a few bad people? He might agree, unless they included another bad person, Bill Maher, on their hit list. I would say that state-sponsored murder is never a good solution, no matter who they’re killing.

I’ve been served! » « Going ionic, dissociating all over the place