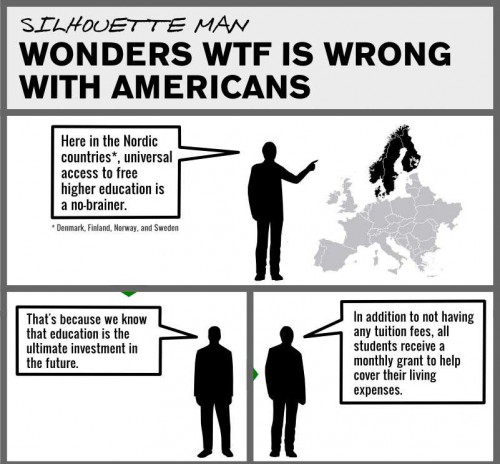 The anti-intellectualism of the American citizenry is just killing us. They won’t be impressed: they’ll just point to the 13th panel and say, “Haw haw, we can kick your ass.”

The wonderful, magical anus » « Hey, Australia, there are better reasons to laugh at Tony Abbot