In sum, the charge is that Strauss-Kahn participated in “pimping” by helping pay for sex workers that serviced the multiple orgies that Strauss-Kahn likes to enjoy. Strauss-Kahn can’t deny that he was fond of orgies—I guess the evidence is just overwhelming against him—so instead his defense is that he didn’t know the women at them were sex workers. Chew on that, slowly and carefully, everyone. What Strauss-Kahn wants you to believe is that he is such a sexual dynamo, such a hot piece of ass, that sexy young women are lining up to have sex with him, for free, in public places while his creepy ass friends watch. Here is a photo of him, to help you picture what he’s trying to argue here: 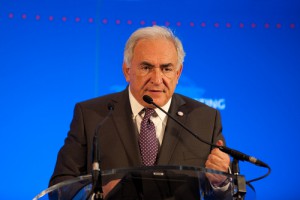 #DarwinWasWrongDay » « If you’re this stupid, could you please stop pestering me?