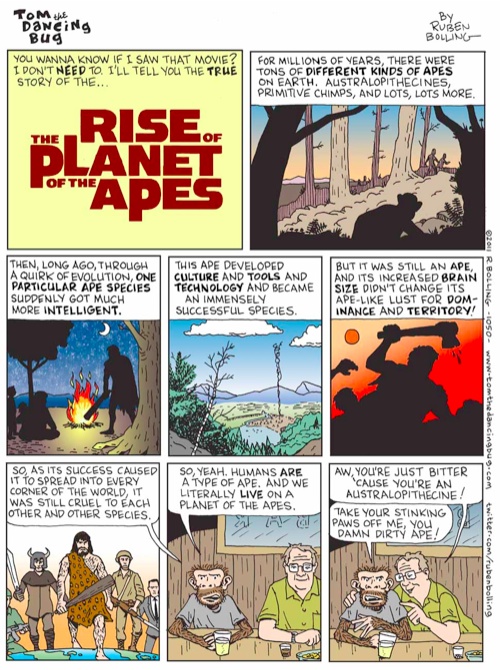 Also, this comic bugs me a little bit: I’m flying off to give a talk in which I argue that the hallmark of human evolution isn’t brutality and conquest, but cooperation.