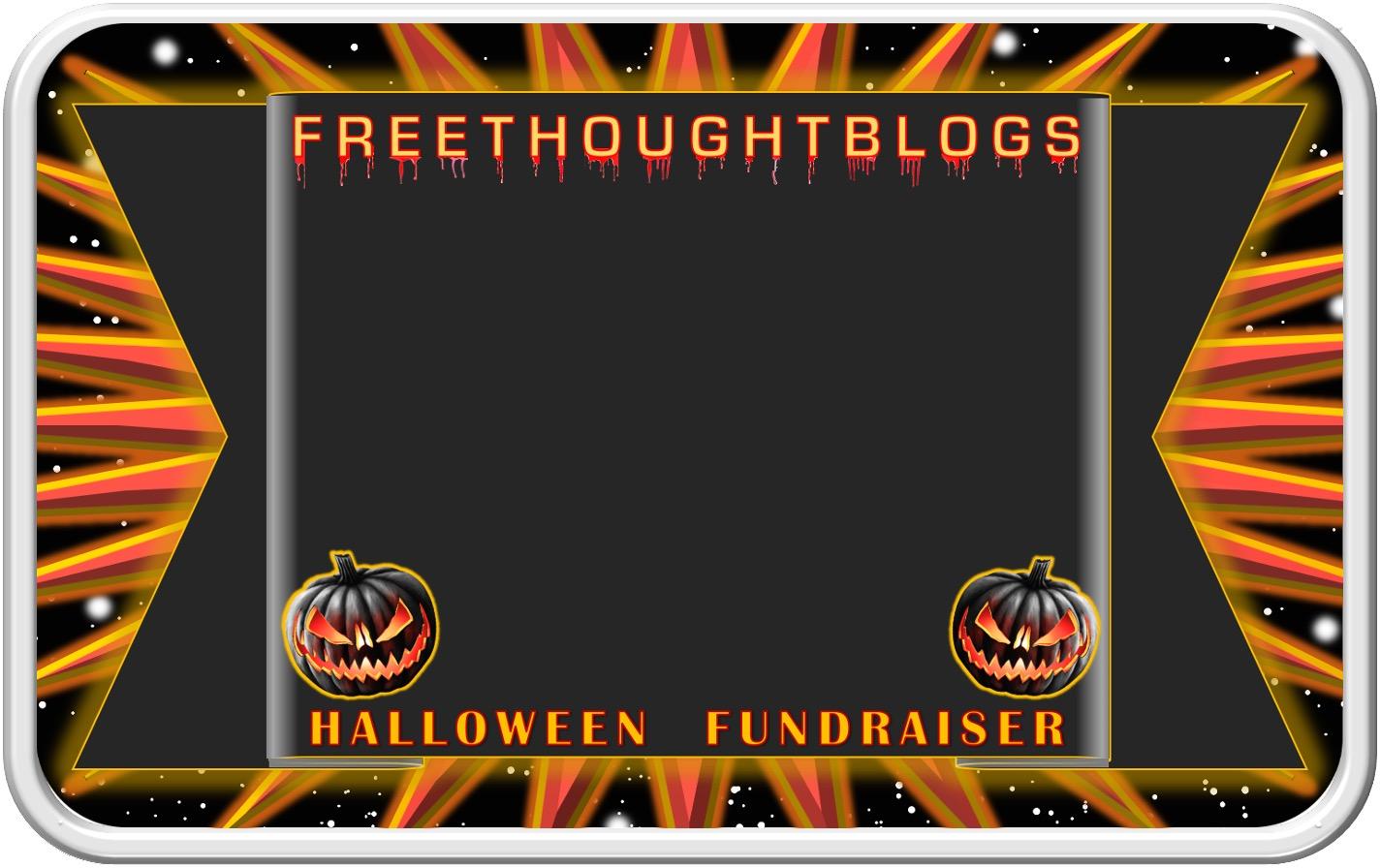 …it is, once again, time for the monthly fundraiser and general showtime, when you get to see the gifts of FTB’s amazingly talented members!

Unfortunately, this time around, you also get to see me. That’s right; I seem to have signed up to do the FreeThoughtBlogs Hallowe’en QI show tomorrow. (Have you ever had those moments of looking back on the conversation you just had and thinking ‘How… how did that just happen…?’? It was like that.) So… if you guys were hoping for the chance to see me make a total prat of myself, well, I guess this is your lucky weekend. Enjoy! And, y’know, if you wanted to throw a bit of money the way of our fundraiser, so that I get to feel my hideous embarrassment is at least in a good cause, then that’d be great.

It’s a frequent problem for today’s adolescents: If you’re nearing the limit of the time your parents have put on your electronic device and you want to persuade them to give you more, what’s the best way to go about it? Cajole? Beg? Make a reasoned argument? Throw a tantrum?

Well, if you’re my daughter, you use the medium of verse.

Three minutes before her phone time was up, a few nights ago, I was texted this stanza:

Time is running slowly down,

I cry for help, yet no-one hears,

Pretty good for a completely impromptu poem, isn’t it? And, yes, I did give her more time. I’m soft-hearted anyway, but, really, who could resist that foray into poetry?

First, the usual backstory for anyone new here:

‘Walking Disaster’ is the male POV companion novel to ‘Beautiful Disaster’, a romance that’s problematic and awful in all sorts of ways. About a year and a half ago, blogger and author Jenny Trout picked ‘Beautiful Disaster’ for the latest in her series of snarkreviews (in which she goes through terrible books to explain – incisively and hilariously – what’s terrible about them), and I had the bright idea of doing a parallel snarkreview of the parallel novel. So, she has been reviewing ‘Beautiful’ and I have been reviewing ‘Walking’, both at a rate of about one chapter every several months (we’re neither of us very fast). Jenny’s reviews so far can be found on the same page as her others, here; mine can be found here.

Three months ago, Jamie McGuire reposted a video defending Ahmed Arbury’s killers, saying she was doing this because she thought it ‘discussion worthy’ and ‘interesting’. Jenny wrote a response discussing this decision, the decisions McGuire made in her Facebook comment thread about whom to block and whose behaviour to ignore, and McGuire’s recent attempts at running for public office. Her conclusion at the end of the post was that she no longer wished to give McGuire any attention; not even in the form of critical book reviews. Jenny is, therefore, done with reviewing ‘Beautiful Disaster’.

And me? After some thought, I’ve decided I would prefer to go ahead and finish ‘Walking Disaster’. I hope that’s the right decision, but I do get a certain grim satisfaction from pointing out this book’s awfulness, and I think that anyone who would see McGuire in a positive light as a result of reading these reviews is the kind of person who’s going to be voting for her whether they read these reviews or not. Like Magnus Magnusson, I’ve started so I’ll finish. I might well decide to be a lot briefer in my reviews, but I still aim to finish.

And so, here we go: Chapter Thirteen.