One of the things I noticed when taking my Philosophy undergrad was how 17th century Philosophers (and Philosophers of other periods too) often made grandiose claims about how people thought about the world. Often their 100% certain proclamations were refuted by other Philosophers who were also 100% certain about how the world worked. A particular example of this would be the general commitment to the Platonic notion of how we are born with a complete set of concepts (believed and accepted by most philosophers prior to Locke), and then the commitment to the complete opposite, the ‘blank slate’ (Locke’s tabula rasa), the idea that we are born with zero ideas. Turns out that biology is more complex than that. Philosophy of Mind makes slow progress.

END_OF_DOCUMENT_TOKEN_TO_BE_REPLACED

It has become a sort of pop-psychology truism that people who engage in prejudicial behaviour are doing so from a place of insecurity. It makes intuitive sense that if you don’t feel good about yourself, you can bring yourself up by tearing others down. Indeed, there is some evidence that threats to self-concept are likely to result in a preference bias toward the majority group (even among minority group members).

In a study by Ashton-James and Tracy, the authors propose a new hypothesis. They refer to the psychological literature that suggests that pride has two basic forms: hubristic and authentic. Hubristic pride refers to the kind of pride that is directed at one’s innate self-worth and deservedness – a kind of self-congratulatory, self-centred pride that is associated with narcissism and defensive self-esteem. Authentic pride, on the other hand, refers to pride taken in one’s accomplishments based on hard work rather than, for lack of a better term, special snowflakeness – it is associated with secure self-esteem.

The authors posit that hubristic pride will lead to increased prejudicial attitudes and behaviours, whereas authentic pride will lead to more compassionate attitudes and behaviours. They arrive at this hypothesis based on literature that suggests a relationship between self-esteem insecurity and prejudice. They go on to suggest that empathic concern is the mechanism by which this relationship manifests itself, since people who are more secure in their self-esteem are more likely to be able to be outwardly focussed and respond to the needs of others.

In order to test this hypothesis, the authors conducted three experiments, as well as a pilot study. END_OF_DOCUMENT_TOKEN_TO_BE_REPLACED

This week we were treated to a bizarre bit of performance art by a commenter who decided to make no fewer than two threads completely about him and his “wisdom” about why victim blaming is okay (but when he does it, it’s not victim blaming). Y’all were way more patient with him than I would have been, but eventually I stepped in and moved him to moderation (GASP! Free speech! FTBullies! Feminazis!) because there seemed to be no bottom to his cluelessness.

END_OF_DOCUMENT_TOKEN_TO_BE_REPLACED

I hate “colour blindness” as a racial philosophy. Well-intentioned though it may be, it’s a profoundly unhelpful and unworkable proposed solution to a very serious intercultural issue. Is there any other problem on the planet that we think is best addressed by simply pretending as though it isn’t there*? For every other social issue I can think of, failing to at least appreciate the existence of reality is seen as a vice, not a virtue. And yet, when it comes to race, we have somehow managed to convince ourselves that the ostrich has the right idea.

Liberals and conservatives alike have expressed serious resistance to the idea that ignoring race doesn’t solve race. As I’ve explained before on this blog, a couple of times actually, colour blindness not only doesn’t bring us any closer to solving racial issues, it actually makes us less able to describe and address those issues. Far from being a solution, it makes us silent on the problem, meaning that the unacceptable status quo of racial inequalities is allowed to run its course unopposed.

The following post is a continuation of a discussion we began this morning, looking at a paper by Daniel Effron and colleagues. In it, the authors conduct a number of experiments to investigate a phenomenon in which white people demonstrate a tendency to use salient examples of being “not racist” (choosing not to accuse an innocent black people in favour of a more guilty-seeming white person of a crime) to license more racist behaviours in the future.

The fourth investigation the authors conducted invited people to try and remember the number of racist decisions they didn’t make, after presenting them with statements that were either clearly racist, ambiguously racist, or racially ambiguous (i.e., no racial content). The authors hypothesized that, given a clear-cut and obvious example of a time when they were “not racist”, the drive to appear “not racist” would be satisfied, thus obviating the need to introduce “not racist” narratives into their memory. In other words, if you have a ready memory of choosing not to be overtly racist, you will have less motivation to seem “not racist” in a subsequent decision. END_OF_DOCUMENT_TOKEN_TO_BE_REPLACED

Those of you who remember our discussion of System Justification Theory will recall that it posits (and goes on to demonstrate) that there are three overriding domains by which we guard our self-worth: ego motivation (“I like me”), group motivation (“I like us”) and system justifying motivation (“I like the way things are”). The balancing of these three motivations explains a great deal of behaviours that seem counter-intuitive or self-defeating, particularly in circumstances where power imbalances between groups are concerned.

When we consider race as a power imbalance, we would expect to find that the majority group is strongly motivated to preserve its ego when the fairness of the system is at risk. In other words, when confronted with a world that is clearly racist, there is considerable psychological pressure for members of the majority group to salvage their ego – the stereotypical “I’m not a racist” response. With the threat to our egos thus avoided, members of majority groups are then free to continue participating in an unfair system, confident in the knowledge that the ‘real’ problem is those ‘other’ people.

A fascinating new study from the Journal of Personality and Social Psychology sheds some light on the depths to which this behaviour can sink: END_OF_DOCUMENT_TOKEN_TO_BE_REPLACED

Without getting into the ins and outs of what shame ‘is’, exactly, I think we can agree that shame is a negative feeling we have in certain situations, related to/overlapping with guilt, or to just generally ‘feeling bad’*. I think that ‘feeling bad’ captures a wide range of situations, but the word ‘shame’ applies when the ‘feeling bad’ is in response to a social response (or a projected potential social response) to an action we just did. An illustration: a child breaks a window and feels shame, even though no-one is around, because that child projects how people will react to her breaking that window. (This article is an extremely simplified overview. For a far more in-depth and technical article, see end note. For those of you with a background in Psychology: I am intentionally conflating guilt/shame/embarrassment as these terms are often conflated in the vernacular. This article is not intended to be an explanation of the difference between those things, but an argument against trying to evoke that group of emotional responses)

There are two important criteria to be evaluated when trying to determine whether or not a particular tactic is ‘good’.

END_OF_DOCUMENT_TOKEN_TO_BE_REPLACED

Because of the way in which the conversation has been traditionally framed and understood, we face a serious reluctance to identify all but the most egregious examples of racism in common parlance. To be sure, there are those of us who make a habit of exploring the racial component of every human interaction under the sun (and what exactly do you mean by ‘under the sun’?). To discuss racism properly is to be involved in a constantly-evolving conversation that explores all angles of an issue without falling too definitively hard on any one position (at least without acknowledging the other positions).

When racist behaviour carries with it the (apparently immense) threat of being labeled ‘a racist’, the emotional stakes are quite high before a claim will be accepted as having any merit at all. Absent a fMRI and sworn testimony by a panel of psychics, people are prone to deny the racist component of any behaviour they may have exhibited, and will jump to the immediate defense of any admired person who is thus accused. On comes the search for a loophole – any loophole – that provides enough cover to escape having to confront the harm that those behaviours have.

Most people don’t have time for the kind of near-constant scrutiny and encyclopaedic historical knowledge required to identify all instances of racism. Whereas those of us in visible minority positions are made more aware of racism by the mere fact that we are more likely to experience it, I would venture to guess that within any race-based story there is a subset of even the affected minority group that says “now you’re just overreacting”. Depending on how convoluted or specific the issue, this dissenting group may encompass all minority group members except a few dedicated academics. END_OF_DOCUMENT_TOKEN_TO_BE_REPLACED

I don’t have herpes. This may come as a shock to those of you who think, for some reason, that I had herpes. But I don’t. I had chicken pox when I was a kid, though. I don’t remember it, but my dad says I didn’t particularly enjoy it at the time. I was rashy and irritable and generally miserable. But, like you do, I got better and didn’t have chicken pox anymore. A buddy of mine had chicken pox when he was a kid too. A few weeks ago he bailed on some plans we had. Annoyed, I asked why. He said he could barely move, he was in such pain. A trip to the doctor would reveal that my buddy had an outbreak of Shingles, which is caused by previous exposure to the chicken pox virus, a virus that never completely leaves the system.

There are a lot of theories about what causes Shingles – whether it’s just random inflammation, whether it’s the result of someone being immunocompromised due to competing surgery, or the result of the system becoming otherwise compromised by factors such as stress. What is clear though is that being infected with chicken pox means that there’s a chance that, years later, you will see a painful flareup. Other forms of herpes are like that too – all it takes is to get infected once and you’re at risk of outbreak for the rest of your life. At times of immunocompromise or great stress, you’re likely to see flareups. END_OF_DOCUMENT_TOKEN_TO_BE_REPLACED

[This is written by Brian. And I’m glad to be writing again. 🙂 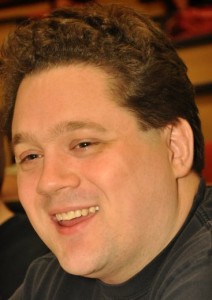