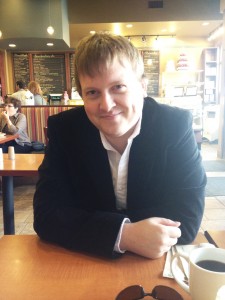 Whenever I need a break from whatever studying or grading I happen to be doing, I often go on little adventures around the internet. I type a random word into the Googles and then click on one of the resultant links at random; I then randomly click on links found on those pages, thus winding my way through blogs, tumblrs, forums, and other strange and wondrous environments in the digital frontier. And just as all roads in the ancient world lead to Rome*, all digital roads eventually lead to Reddit.

Reddit is a strange place. It’s like every clichéd bazaar in every orientalist (of the Said variety) movie ever made; anything and everything can be found there, from pics of kitties, to pics of corpses, to pedophile-apologism and the ever-so-edgy racist jokes. There are also a few of the smaller subreddits where interesting questions are asked by genuinely curious people. The other day, someone asked the following: “Is there a problem with me, as a man, liking to do manly things?” The questioner was trying to reconcile what seemed to be genuinely feminist beliefs, with his predilection for doing ‘manly’ things. Rather quickly, someone answered his question in a way that I found myself in solid agreement with: the problem doesn’t lie in doing manly things; the problem lies in thinking those activities are ‘manly’ in the first place.

One of the ways that society ensures that ‘acceptable’ gender roles are maintained is by firmly – and often invisibly – policing gendered divisions of labour. Consider farming; the typical image of the modern farmer seen in advertisements for everything from cranberries to eggs to cereal is that of the white, tough, frontiersman (and sometimes his quiet and supportive wife and family) who provides for his family by the sweat of his brow and the skill of his hands. Farming = manly.

The same sorts of divisions are present in other, primarily blue-collar fields, such as manufacturing; factory workers are most commonly depicted as being male, as are miners, heavy equipment operators, and other tradespeople. There is a reason for this that has little to do with the worn-out ‘bu… But… women are unsuited for such work, because biology’ argument, and a lot to do with social expectations in labour. Men are supposed to be the outdoorsmen, the builders, the factory workers, the tillers of soil; women are supposed to be data-entry workers, secretaries, or housewives; they are supposed to work in the front office, away from the scary, loud machines.  But, as I’m sure many of you already know, there’s nothing biological about any of this. Women have always been capable of doing the same jobs as men do; and how do we know this? Because history tells us so. History gives us innumerable examples of women who farmed (and who still do today), women who worked in the mines, and women who built the tanks and pressed the ammunition that won the Second World War for the allies. We know that women can be warriors, because women have been warriors; and because of all of this, we know that there is nothing intrinsically ‘manly’ about ‘manly’ things.

What there are, however, are a myriad different social cues that hint – both subtly and blatantly – to men and women what their ‘natural’ roles should be in society. These are normative cues; they exist to convince us of what we ought to do, how we ought to live, and what forms of labour we ought to think are acceptable for our gender. And so many of these signals are contradictory; is kitchen work ‘manly’ or is it ‘woman’s work’, and if it is ‘woman’s work’, then why are industrial kitchens almost always male-dominated? If women ‘lack’ the ability to do the work required of coal miners, then how is it that so many women worked in the brutal conditions of Industrial Revolution-era coal pits?

What I am getting at, in a roundabout way, is that gendered divisions of labour are hardly ‘natural’ or derived from biology; there is nothing intrinsically ‘manly’ about the sorts of work that is most commonly associated with male labour today. Like so many other aspects of social life, the sorts of labour that are considered ‘manly’ become that way because society (through any number of different social institutions) concludes that engaging in certain forms of labour are part of the project of becoming men. If I wished to be a ‘manly’ man – the kind of man often associated with the dominant, hegemonic forms of masculinity – I’d be engaged in tough, demanding, physical labour, or I’d be involved in tough, ‘practical’, technical trades like engineering, mechanics, etc. As Kris Paap points out in her book, “Working Construction”, the sorts of activities and rituals engaged in by men who work in dangerous, traditionally masculine trades often have little to do with improving the quality of their work, and a great deal to do with reinforcing established gender norms. Men are not simply engaging in labour, they are engaging in a project of building men.

As I’m sure many of you have noticed by now, this discussion has pivoted around the notion that gender is a binary, that to be a man is to not be a woman. This is because for vast swaths of society, the gender binary is all that there is. Of course we know that such binaries aren’t really very accurate, and there are literally millions of people in society whose lives reveal the hollowness of gender dimorphism, but as is the case with so many of our social institutions, even socially constructed and maintained fantasies have very real effects. To be ‘manly’ in North American society (and Canadian society more specifically) often entails subordinating other forms of masculine identity (such as gay or PoC masculinities), to say nothing of how such hegemonic forms of masculinity demand the subordination of virtually all expressions of femininity. What’s more, the most commonly understood patterns of manliness are actively hostile to trans* persons, whose very existence strikes at the heart of contemporary hegemonic masculinity; how can one ‘truly’ be a man without the ‘correct’ genitals and, even more terrifying, how can a ‘real man’ know that they are dating a ‘real woman’ and not some kind of ‘imposter’? How can ‘real men’ recognize other ‘real men’ with all of this deviant gender-bending taking place all around them? What’s a ‘manly man’ to do?

My final point is simply this: the project of becoming men is unending, and it is as subject to social pressure as any other social institution. Over time, what is considered ‘manly’ will change; what it changes into, well, that’s up to us.

[QUICK EDIT] I should probably also make the point that in a perfect world, actions, activities, emotions etc. wouldn’t be gendered at all; in a perfect world, concepts like ‘manly’, ‘feminine’, etc. would be considered anachronisms best left behind. Despite my generally optimistic worldview however, I remain rather cynical about the likelihood of us ever reaching that particular goal, but that doesn’t mean that we shouldn’t strive.

* Yes I know, they really didn’t, but I didn’t make the expression.