Now I have no idea how many people actually believe this, and maybe I’m late to the party, but it seems that the criminal justice system is set up in such a way that people on the lowest socioeconomic rungs bear the brunt of the punishment. Sure, part of it is the fact that the very wealthy can afford lawyers and have more familial strings to pull to reduce the charge. But that stuff is extra-judicial. That’s not the way the justice system is set up – that’s the way the entire political/economic/social system is set up. It’s rigged for the rich – everyone knows that.

But the criminal justice system itself – the way the laws are enforced, what we think of when we conjure an image of ‘crime’, the kinds of cases we prosecute and the way we go about executing ‘justice’ – these all seem to be in the business of punishing the poor. Steal $50 from someone on the street and you’re a monster – steal several trillion and you’re appointed to the president’s economic council. We actually have the gall to distinguish between ‘crime’ and ‘white collar crime’, as though one is the nicer version of the other.

Now there are a number of potential explanations for this, but certainly one of them is that poor people are just less trustworthy. I was offered that hypothesis straight-faced by someone at Skeptics in the Pub a couple of months ago – poor people are poor because they’re immoral and lack the decency to work their way out of poverty. The wealthy are less criminal because they’re more moral, right? Yeah, looks like the opposite is true:

A new study gives new meaning to the word “classy” — it turns out wealthier, better educated, more successful people have a greater tendency to lie, cheat and cut off pedestrians while driving, compared with their poorer neighbours.

Stéphane Côté, a psychologist at the University of Toronto’s Rotman School of Management who co-authored the study, said he was surprised by the consistency of the results across all the experiments and thinks it’s something that people who are better off should be aware of. “I think it’s important for those people who have the resources to understand that this is their basic tendencies and potentially … reflect on their behaviour and whether it in fact takes into the needs of others,” he said in an interview Monday.

To test the association between morality and socioeconomic status, the researchers observed study participants in a number of settings. In the first experiment, they looked at the correlation between cutting off another driver or a pedestrian at a 4-way stop, and the type of car the person was driving. Perhaps unsurprisingly to those of you who drive, they found that people in the highest bracket of vehicle type were significantly more likely to cut someone else off.

Now this is hardly an earth-shattering finding. People being entitled dicks in traffic? Next they’ll be telling us that rain… I dunno… falls from clouds or something. The other studies were quite a bit more compelling. In a third study, participants were asked to read a scenario where someone unrightfully benefitted from their behaviour, and whether or not they (the participant) would engage in that same behaviour. When controlling for age, sex, and ethnicity, socioeconomic status was positively correlated with unethical behaviour.

Socioeconomic status, above a certain level of sufficiency, is judged in relation to other people. After all, if everyone around you makes the same amount of money, ‘rich’ and ‘poor’ don’t have a great deal of meaning. In the fourth study, participants were primed to consider themselves either high-status or low-status by asking them to compare themselves to either those at the top or those at the bottom of the socioeconomic ladder. At the end of the study exercise, participants were offered a bowl of candies and told that, while the candies were for children in another lab, the participants could have some. As one might expect from the previous studies, participants primed to think of themselves as ‘high status’ took more candies than those who thought of themselves as ‘low status’. Because they earned them, obviously. To hell with the kids. You get candy when you get your MBA, lazy!

But aside from literally taking candy from babies, the wealthy were also found, in two separate studies, to be more likely to lie for personal gain.

Whether it was hiring a new employee for a job that was likely to disappear soon, or cheating at a rigged game of chance, people who reported higher socioeconomic status were more likely to ignore the rules to gain an advantage. What is interesting about the dice game is that while sex, age, religion and political affiliation were not predictive of cheating, attitudes toward greed did. Basically, we have another example of confounding, where the relationship between wealth (X) and being a scumbag (Y) is actually a function of how down you are with greed (Z). 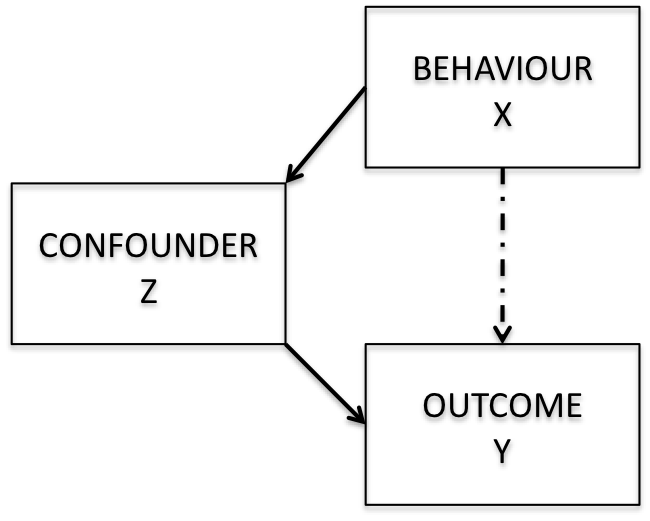 To test this, the researchers performed a 9th experiment in which they manipulated participants’ attitudes about greed. People were asked how likely they were to engage in certain unethical behaviours (stealing, receiving bribes, overcharging customers at work). They were also either asked questions about things that had happened during their day, or for three benefits of greed (to make the ‘up side’ of greed more salient). High-status individuals were just as likely to engage in the unethical behaviours, but interestingly low-status participants became just as likely to lie cheat and steal as the high-status ones if they held favourable attitudes toward greed.

So despite the hypothetical assumption embedded into the way our society thinks of criminal and unethical behaviour – that the wealthy are somehow more trustworthy and ethical than the poor, it appears that the evidence is pointing in rather the other direction. It is important to note that it is not wealth per se that makes people behave badly – it is how positive their attitude toward greed is. However, the strong correlation between wealth and greed (which is a chicken-egg question that will have to be addressed in another study) suggests that while you shouldn’t judge a person by the colour of hir skin, it might be okay to judge by the colour of hir money.

Ethics, wealth, privilege – pulling it all together » « Oh frabjous day!