First of all, I need to apologize for the visual that is now in your head (or will be shortly) of an asshole with shoulders. It’s an unfortunate byproduct of colliding metaphors. Here’s something to cleanse your mental palate: 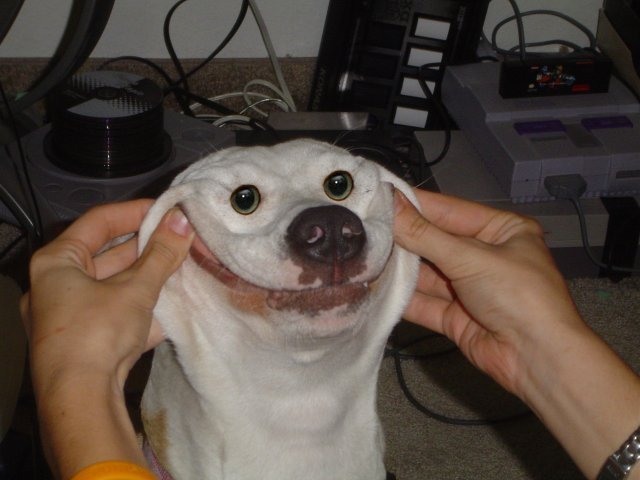 Many of us (myself included) have had the decidedly unpleasant experience of expressing the unpopular opinion in the room and getting just piled on by dissenters. You think that there may be a position that deserves exploration, that isn’t being discussed or considered. There’s a gaping hole in the logic of the room, and you’re apparently the only person who sees it. This group-think, by circumventing your clear counter-example, is leading people to draw erroneous and potentially harmful conclusions about the topic at hand. It’s up to you to show the room the error of their ways, so you carefully craft a bulletproof refutation of the central tenets of the argument, or provide an insightful counterexample that is sure to immediately change everyone’s minds. Then you sit back and let the accolades for your erudite and clear thinking roll in.

But what’s this? You’re getting responses all right, lots of them in fact, but they’re not complimentary at all! Instead of seeing your point for the iron-clad fact that it undoubtedly is, they’re throwing all kinds of accusations at you! They’re calling you a KKK member! They’re saying you advocate the rape of children! Neither of these things are true – you just don’t think that their central point is correct. Why would they be bringing child rape into the conversation? You weren’t talking about that at all! Further clarification and re-statement of your point must be necessary, you think. After all, they must have simply misunderstood your point. You’ll simply identify the ways in which everyone else is wrong, find another way to say the same thing you originally said, and then all will be well.

Maybe you’ve never been this person. Maybe you’re always on the right side of the argument all of the time and never do anything stupid or without being in full possession of the facts (although it’s far more likely that you’re a filthy liar). But surely you’ve seen this kind of tires-spinning-on-ice response. It was on display last week in the comment threads, on the various discussions of DJ Grothe’s… thoughts,  it happens pretty much any time a controversial topic is raised that requires anything more than superficial knowledge to fully understand. There are three possible explanations that I can see for the kind of over-the-top response that a seemingly-innocuous comment can elicit:

Let’s explore these one at a time.

Sometimes people are just factually incorrect about things. It happens. Nobody likes their wrongness pointed out, especially in public. However, most people don’t fly into a “you’re pro-murder” rage every time their errors are exposed. Which brings us to the next one…

It’s entirely possible that everyone has just lost their shit and needs to calm the fuck down. There is a grain of truth to this in a very general sense. While it is often time-saving to jump right to the end of an opponent’s argument (especially if it’s one you’ve heard a thousand times before), if you (the refuter) don’t leave a trail of breadcrumbs between the statement you’re refuting and the point you’re making, it’s hard for the speaker (and anyone in the audience) to understand what’s happening.

But of course that presupposes that the refuter sees it as hir responsibility to teach your ignorant ass. After the 50th runaround of the “why are there still monkeys?” question, patience wears thin for humouring this bit of juvenile sophistry. The fact is that you may be the proverbial straw upon the camel’s back of the question that you’re asking, and with a little bit of effort and consideration, you could have figured it out on your own.

Which brings us to…

3. You don’t have all of the relevant facts

Unless you’re parachuting into a discussion that is running rife with well-debunked arguments (like a homeopathy fan club site or something), the likelihood is pretty high that people know at least a bit about the topic they’re discussing. And while you might think that your brain-wave is particularly clever, there’s also a pretty good chance that everyone’s heard it before.

But let’s talk for a minute about who they’ve heard it from. I’ve (occasionally on this site, more commonly in real life) had people give me their ‘thoughts’ about why it is that black people are more likely to be arrested, why First Nations communities are impoverished, why men are more successful than women. In many of these conversations, the speaker then went on to bestow on me some of hir other ‘insights’ about racism, sexism, classism, what-have-you. These shopworn arguments are in the arsenal of every “politically incorrect” would-be-rebel who won’t let the “lame stream media” dictate hir beliefs like the rest of us “sheeple”. I’m sure you’ve run into this person before.

These arguments, though thoroughly defeated, come back again and again like an undying zombie horde of relentless brain-devouring idiocy. When people jump on your “I’m just saying” argument with gusto and guns a-blazin’, it’s because they’re smart enough to know that the guy who says “I think it bit me, but I’m okay… just feeling a bit woozy” is about to turn, and they want to get their head-shots in before it’s too late. While you might feel it massively unfair to be so unceremoniously plugged, the fact is that when you make your argument, you sound indistinguishable from every “race realist” and “Men’s Rights Activists” that actually does think that white people are genetically superior and that women dress provocatively to encourage rape.

So if you ever find yourself in this position, where you’re getting buffeted by seemingly-unfair conclusions from what you thought was a totally innocuous statement, consider the possibility that you might be wrong. Consider also the possibility that your wrongness might just be the same wrongness that props up positions that you would otherwise abhor. Consider that you might just be standing on the shoulders of assholes.

Then consider apologizing and listening.

*Pro tip: never never never never make this your go-to explanation/accusation when talking to women. Even if you were correct, you’re likely to get piled on for saying so. There’s a long history of women’s legitimate objections being dismissed as “overreactions” or “hysteria” that they’re more than a little, justifiably, sick and tired of hearing that kind of language.

Economists and Ethics » « Movie Friday: Look Around You – “Ghosts”