[cn: This review is spoiler-free. I can’t speak for the comments.]

Obduction is a new game by the team that brought us Myst. Having played all the Myst games when I was younger,* I ended up buying Obduction, and almost immediately regretted it.

Hear me out, it’s not that it’s a bad game. It just reminded me of why I think retro pixelated games are so popular these days. Game creators can advertise high-quality graphics all they want, but ultimately the hardware required to render these graphics is sold separately. In many ways, this game had uglier graphics than Myst IV. I had to put the graphics on the lowest settings, deal with terrible frame rates, and sit through lots of long loading screens. My advice: bring a book.

That aside (and also putting aside numerous other technical issues), Obduction is an okay game. The main attraction is the story. Just sharing a bit of the game’s introduction: you find yourself teleported to a strange world, a deserted mining town surrounded by an alien landscape. You have to use environmental clues to figure out both the mechanics of the sci-fi world, as well as the events leading up to the desertion. But it’s not all mystery and sci-fi, it’s also about the human angle. 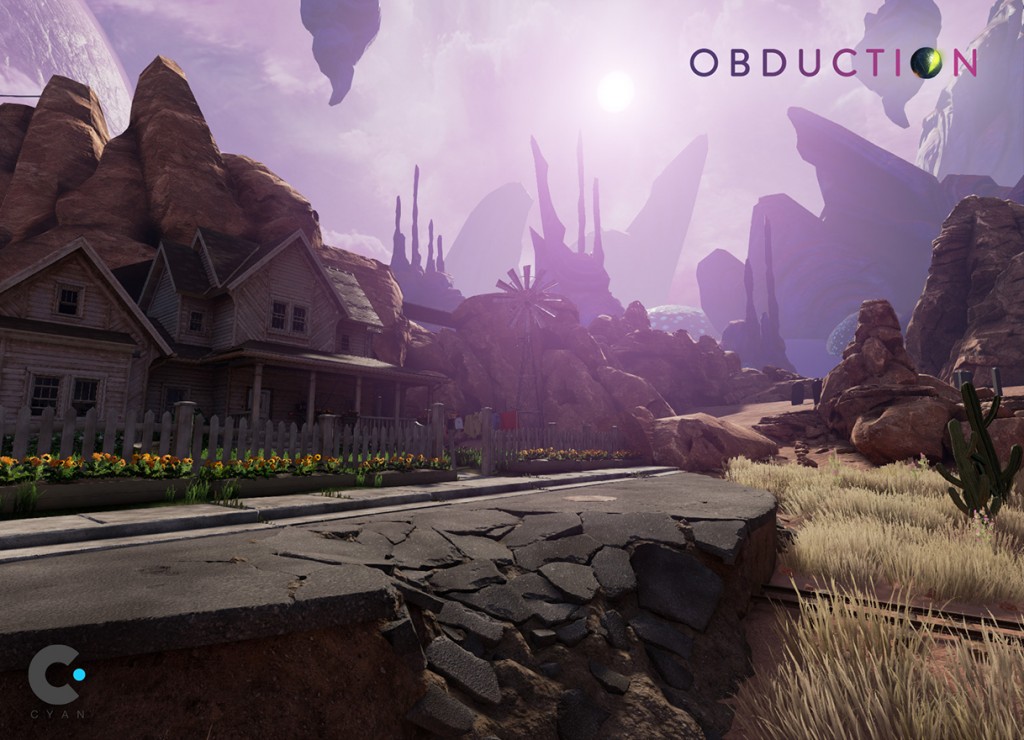 The second aspect of the game are the puzzles. I joke about how the puzzles of the original Myst games were all about navigating obtuse user interfaces. I think that is not quite true here. Obduction is all about navigating obtuse map layouts. You hit a switch and it changes something over there–now how do you get back there again? Sprinkle in a bunch of weird teleportation mechanics and elevators to make it more confusing. Also, the player character seems to have a mobility impairment that prevents them from climbing mildly uneven rocks.**

I like the concept of building mental maps as a major puzzle element, but it never got very challenging. I can’t shake the feeling they weren’t really trying to make the map into a puzzle, and were just bad at designing navigable spaces. There are also some “explicit” puzzles in the game but I found them to be fairly obvious and repetitive.  This is too bad–Myst-type puzzles are supposed to be expensive to create, but never repetitive.  They somehow attained the worst of both worlds.

In my opinion, the best puzzle in the game was figuring out the story. It was reading a few journals, looking at the environment, making inferences, and then understanding. I know we wouldn’t usually think of that as a puzzle, and certainly you’re not required to solve it in order to complete the game. But that bit of sleuthing is quite satisfying.

**Come to think of it, how cool would it be if the player character canonically had a mobility impairment? It could be a game about the frustrations of navigating a space not designed for you. This would be a good justification for the obtuse map layout.