The Minnesota Department of Transportation wants your input. 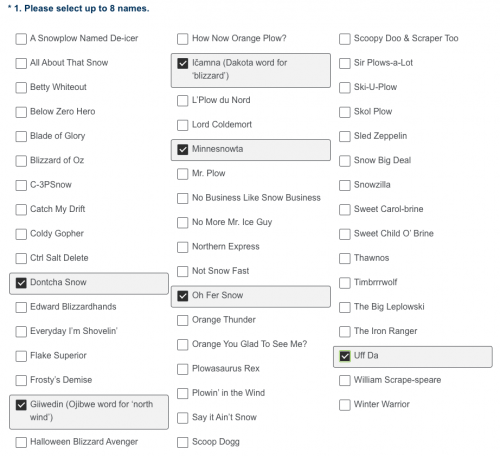 I voted for a few. My criterion was that they at least have some connection to Minnesota.

Chromosomes! » « Religious exemptions are a loophole for bigotry