This is what’s hilarious: Trump keeps losing. Over and over again. Every day. The longer he fights, the more he loses. 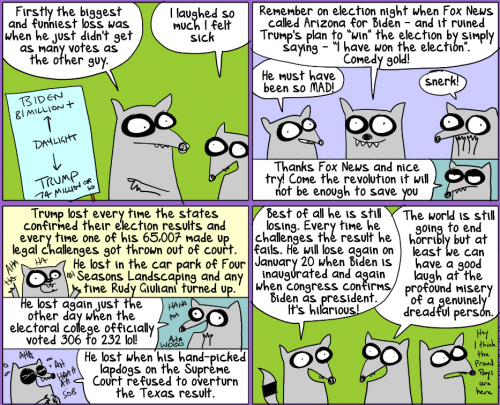 First Dog in the Moon

He’s such a big LOSER.

Crenshaw is mad » « One of the more horrible ways to go