Remember when SJWs were harassed for promoting basic human decency? Of course you do, because they’re still getting that harassment. You’re just going to take some consolation in the fact that we’re winning. This is a sign from the Ecological Society of America. 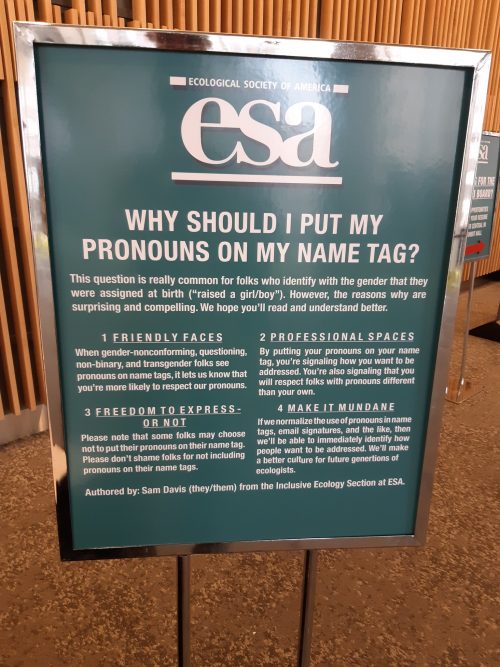 See that? Smart scientists are telling you this is obvious.

Yes, I’m home from #Skepticon » « Eat Less Chikin — it’s made from the blood of labor