MGTOWs. They’re what you get if you take an evil MRA and scour out half their brain with ignorance. 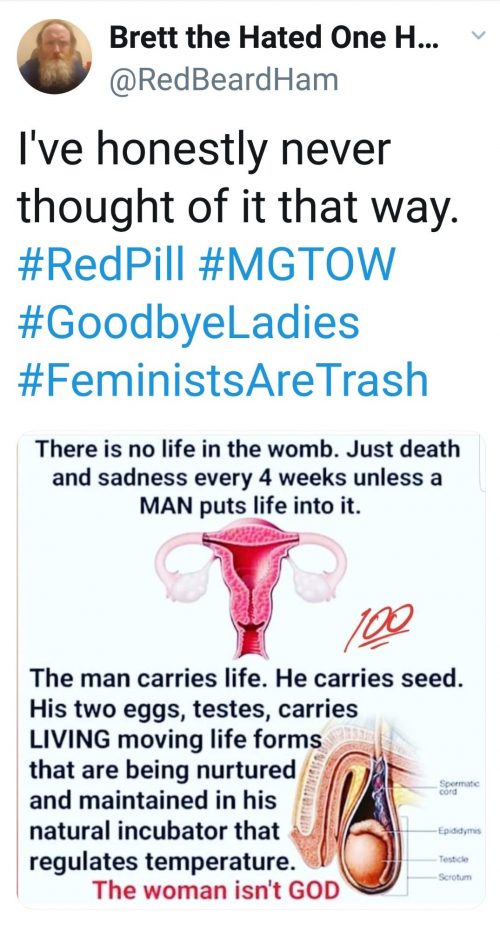 A man can be proud of his perfectly lovely testes, which are alive and full of living cells, but it’s just stupid to think a woman’s ovaries are not equivalently full of life. This idea that a “man puts life into the womb” that is otherwise just a dead cave is so Fourth Century BC — the male and female contributions are equally vital. But, you know, even Aristotle thought the woman contributed living matter that was quickened by the organizing principle of the masculine seed, so it isn’t even that sophisticated.

So wrong. But then ol’ @RedBeardHam has to get even more foolish. 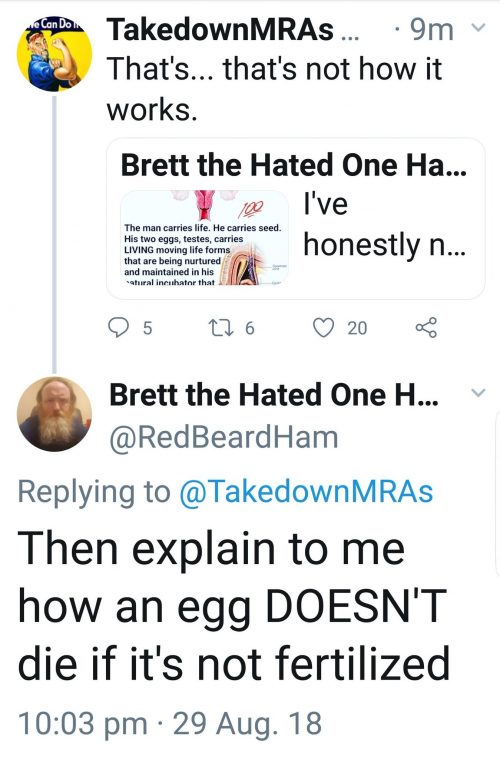 Guy. Do you even realize that 50 million sperm die every time you use your fleshlight or blow-up doll or hand?