If Trump asks Carson to be his VP, the Repubs will have all the deadly sins covered. 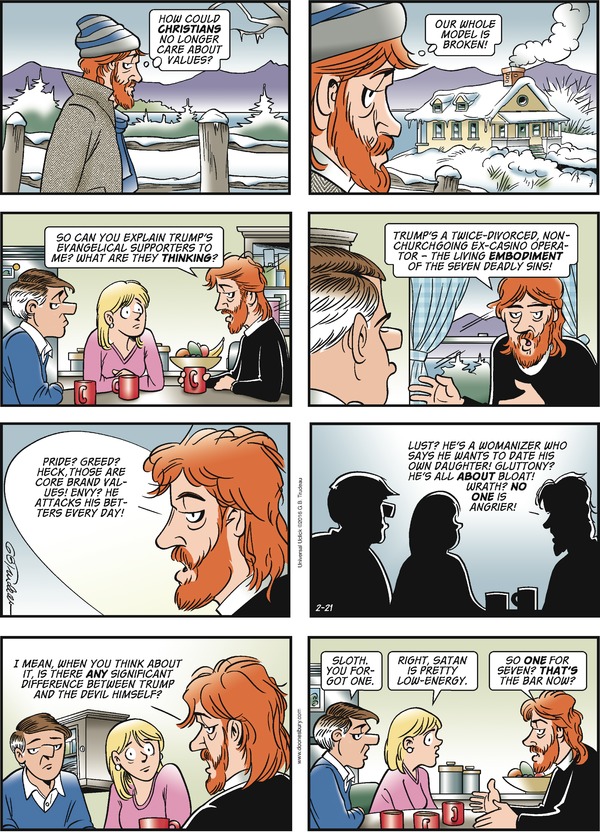