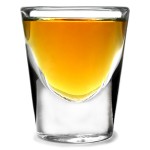 Maybe I should run down to the store and pick up a laxative. Maybe I’ll get a bottle of this homeopathic stuff…can’t hurt. Hey, maybe I’ll pick up a case. Yvette d’Entremont recommends CVS’s homeopathic constipation relief.

The bottle, which listed 20 percent alcohol as an inactive ingredient, is sold over the counter with no age requirements. One of the NBC4 I-Team producers recorded her teen daughter buying the product without any questions asked.

Science blogger Yvette d’Entremont, an analytical chemist, conducted an unusual experiment to demonstrate the potential impact. Known as the “Sci-Babe” on YouTube, d’Entremont recorded herself opening and drinking six bottles of the laxative — each has 1 fluid ounce of liquid.

One ounce? That’s about as much as a shot. But it’s a laxative…guzzling down 6 doses must have had her excreting explosively.

She rinsed her mouth with a Diet Coke, waited a half-hour and gave herself a breath test that showed she was well above the legal limit. But she said there was “no laxative effect whatsoever.”

So…I bet CVS is going to have a sudden run of constipated teenagers rushing their door now.

It’s good to be reminded of Ronald Reagan’s legacy now and then » « Friday Cephalopod: I am not a number, I am a free cuttlefish!