Be scared of hell teens! Just like God wants you too! And don’t trust people like Richard Dawkins and Stephen Hawking and me and Charles Darwin who try to tell you the devil doesn’t exist. 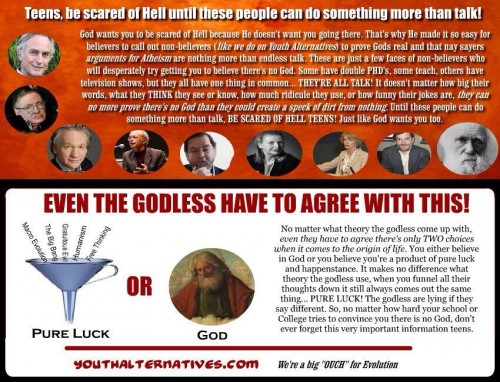 The whole damn site looks like that, with random blocks in random colors and lots of caps and exclamation points. It hurts just to look at that thing.

One crank dies, another rises to take his place » « I thought the duty of the police was to support the law