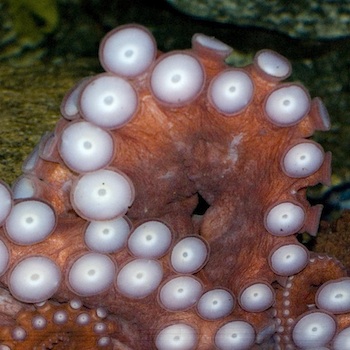 The bulk of an octopus’s nervous system is not in its brain, but its arms. So scientists have studied isolated octopus arms and found that they retain substantial responsiveness to the environment.

It’s depressing. I love eating big molluscs, but I’ve had to cut them out of my diet because there is just too much intelligence there. I’m going to have to cut out pork, too. Chickens are OK? Well, I’m cutting back there, too.

Stunned silence » « If it’s a dudebro culture, of course women won’t be a “culture fit”