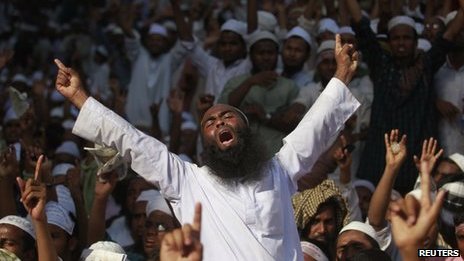 One point! One demand! Atheists must be hanged!

Half a million Islamists marched in Bangladesh, chanting their desire to murder people who don’t believe in their demented, angry god. I take that personally — they want to kill people like me, for the crime of not thinking as they do. If I’d been there, that mob would have torn me to pieces.

And it’s not just atheists they hate. Women must live in service to the men, they are to have their rights diminished. Education is to be crippled, reduced to rote memorization of their holy books. This is awful, poisonous stuff, and I condemn it without reservation.

But let me remind you, the United States has been carrying out routine drone attacks against Muslims…attacks that kill children. 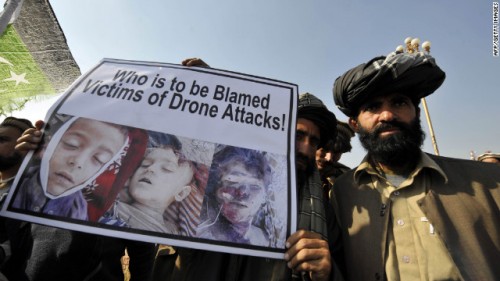 So angry mobs threaten and howl and promise to roll their culture back to the Middle Ages. Americans calmly sit in air-conditioned rooms and push buttons and joysticks and send robots through the skies to pour death on civilians. Obama calmly rationalizes the murders and cracks jokes about predator drones. 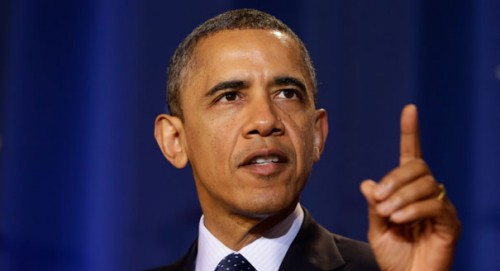 I cannot condemn one without condemning the other. Especially since our tactics seem to be so much more effective at butchering people.