I’m giving you a heads-up in advance: the last Cafe Scientifique in Morris for the school year is next Tuesday, the 30th, and you-know-who is giving it. 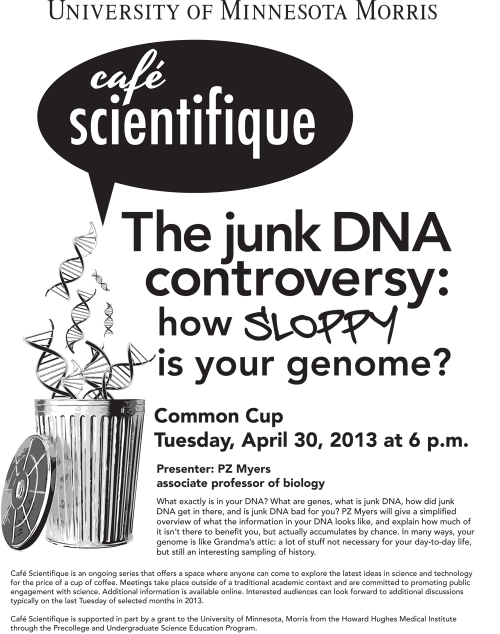 I expect to see you all there. If you’re not, don’t come around asking me for a Christmas present later.