The Catholics shall fear us. They already feel the tightening of the thumbscrews, they hear the creak of the Iron Maiden closing, and they smell the reek of the spilled beer on the Comfy Chair. And oh, how the Catholics are squealing at their oppression. I have in my hands a list of three, no, four crimes against Holy Mother Church, all horrors that no civilized society should inflict on any of its members, no, not even the ones who rape little children and call it holy.

Oh, wait. Now that I look at them, the torments aren’t really that bad. 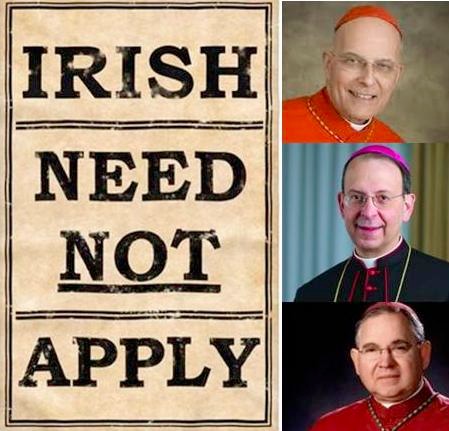 Oh, the humanity. Look at those sad, suffering faces, those underprivileged, unemployed saintly servants of the Lord. I weep to see their patent deprivation and demeaned status. Set them free!

Clearly, the Atheist Inquisition needs to step up their game, and do a little research to learn how to do their job. Maybe we should study how Catholics have historically managed any group that disagrees with them? Surely, they wouldn’t complain if we were scrupulously fair and only did to officials of the Catholic Church what the Catholic Church has done to heretics in the past, would they?

We’d be doing them a favor. Right now, they look rather foolish sitting there in opulent robes, dandling terrified children on their knees and demanding that we allow vast populations to suffer from poverty and sexually transmitted diseases, all while squealing and crying because someone won’t give them money for not distributing condoms, or insisting that doctors ought to be willing to do simple surgeries that save women’s (sinners!) lives. They’d at least look like they had good reason to whine if they were on fire, rather than being told they don’t get to interfere in people’s lives.