I’ll let you in on a little secret.

A dear friend of mine just came by with a cup of coffee for me. She’s had a rough day. In addition to the unbelievably dreary weather and being vindictively stalked/harrassed by a neighbour (likely the FPS gamer who lives next door) through a variety of channels including this blog, which serves as a creepy reminder about internet safety for trans women, today was the anniversary of the death of a very close friend of her’s from an overdose. END_OF_DOCUMENT_TOKEN_TO_BE_REPLACED

My brain is SO mushy!

Maybe some extra estrogen will help…

Or I can tell you the story of how I became a writer. And why I’m subjecting myself to this right now instead of painting pretty pictures. END_OF_DOCUMENT_TOKEN_TO_BE_REPLACED

You were all waiting for this title to roll around, weren’t you? 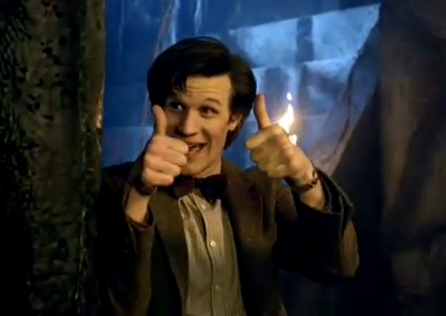 END_OF_DOCUMENT_TOKEN_TO_BE_REPLACED

Moving up into double digits!

I hope you all have been donating. You use the little button over there on the right, that also shows where we’re at in terms of getting to our goal. Remember today is the last day of SSA week, so it’s make it or break it time!

Also, I am still prepared to take requests. So you’ve donated, and there’s something you’d like to hear my thoughts on, don’t hesitate to let me know!

So long as we’re on the subject of words I totally, completely hate, like “junkie” and “prostituted women”, there’s one that never fails to totally creep me out: “panties”. END_OF_DOCUMENT_TOKEN_TO_BE_REPLACED

Sorry. My “eight” key is broken.

What’s particularly annoying about that is how many of my internet usernames involve the number “eighty-four” (my birth year).

So I just got back from grabbing some lunch, and it is easily the most dismal, shitty, dreary day, like, EVER. Great googly moogly.

Anyway… TRIGGER WARNING FOR AFTER THE JUMP END_OF_DOCUMENT_TOKEN_TO_BE_REPLACED

I’m very open about a lot of highly stigmatized aspects of who I am. I speak more or less freely about the fact that I have a transsexual body, that I was assigned male at birth, that I suffered from a severe heroin addiction for several years, that I’m still dependent on a daily dose of methadone to remain functional, etc.

But not really. In each choice to be open about a particular aspect of who I am, or who I was, I made the decision deliberately, intentionally, with individual reasons for each. There are a variety of motivations, and sacrifices, beneath each choice I made to be “out” about something, be it transsexuality, addiction, atheism, sexual orientation, whatever. The reasons behind each choice were particular, and some were harder choices than others.

All that, though, has the somewhat undesired effect of obscuring the fact that there’s a great deal I don’t talk about.

Some of my books are closed. END_OF_DOCUMENT_TOKEN_TO_BE_REPLACED

So, I decided to make a little contribution of my own to the We Happy Trans 7 Questions project.

Yes, I know my hair is weird. I’ve been playing with asymmetry lately. Deal with it. :p

Disclaimer: This was written very late at night, while very tired. Very sincere apologies if it’s a bit sub-par, or a bit weird.

Sorry, everyone. I know FTB isn’t livejournal, and there’s no “current music – Bright Eyes” or  “current mood- WHEN WILL SPRING AT LAST COME TO THE WINTER OF MY SOUL AND LET ITS SUNLIGHT DRY MY BITTER TEARS” buttons at the bottom of the WordPress Visual Editor (though maybe I could ask Jason to have them installed? I’m sure he’s considered doing it for his own blog). But still, it’s true. I have squishy emotion things. And lately they’ve been rather squishily unsatisfied with my dinners-for-one at the computer, watching the crumbs of my Oreo Cakesters flutter down to the keyboard’s crevices in the romantic light of the antiquated monitor.

And last night, while being lonely, I ended up ruefully thinking about all the various lovely, awesome, brilliant, wonderful lesbian or bi trans women I know in internet-land who have professed crushes on me over the last couple months. It can get a bit frustrating hearing internet people say they think you’re cute when you were just a moment ago reminiscing on the fact that you haven’t been on a date in over three months.

So I began joking that if that’s how it’s going to be, I might as well just throw in the towel on this whole pitifully doomed “heterosexuality” thing and begin accepting applications for a lovely, awesome, brilliant, wonderful trans lesbian girlfriend. Send cover letter with attached resume and cookies (I have a fondness for macadamia snickerdoodles) to sincerelynataliereed at gmail dot com. Please include three references. END_OF_DOCUMENT_TOKEN_TO_BE_REPLACED