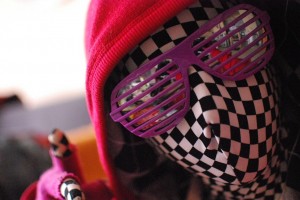 In Vancouver, BC, there is a rather annoying anti-choice blight on the corner across the street from one of the only two clinics that are not associated with a hospital. They call themselves pro-life, co-opt famous quotes from Martin Luther King Jr., and directly compare what they are doing “for the unborn” (i.e., by standing around as a visible and often vocal pillar of shame to all women, encouraging other people to campaign to eradicate women’s rights to bodily autonomy and self-determination) with what MLK Jr. accomplished for the Civil Rights Movement. Unfortunately, this is a rather tame version of the greater “pro-life” pseudo-social-justice-movement (I call it a glorified popularity contest). More on what exactly that means momentarily.

I began picketing these bigoted, misogynist hypocrites (who pull out their rosaries and start praying whenever someone yells at them), approximately six months ago, when I found out that they were actually slut-shaming women and telling them in so many words that they deserved to be raped if it should ever happen to them. I showed up for the first week in my tightest and brightest underwear, a clown wig, and a cape, holding a clown horn and a sign declaring my reasons for being there. As one of them began shaming me, I began honking my clown horn repeatedly, shouting “I’m sorry, I can’t hear you over all this noise I’m deliberately making!” until her lips stopped moving. She turned to someone who was with me, and told them that I deserve to be raped multiple times. For a popularity contest that prides itself on how anti-violence it is, this is already painting a pretty grim portrait of hatred and violence against women. But wait! There’s more!

Over the past six months, they have now told numerous women that they deserve to be raped or are asking for it, and that at least half the time that a woman is raped it’s because she provoked it or secretly wanted it. They’ve grabbed and punched two of my friends (the police made up every excuse they could to avoid doing their jobs when this happened). They’ve literally cackled while a man repeatedly walked straight up to my face to yell at me then followed me around while I kept yelling at him to just fuck off, until he finally asked me why I don’t just punch him (I didn’t, because he’s able-bodied, so why  should I have to punch him to make him get the fuck out of my face? Why isn’t “get the fuck out of my face” enough?) They’ve stood by and done nothing while another man walked up and began antagonizing the one person he could most easily isolate from the group, before verbally gay-bashing him and doing the same to me before threatening to “smash [my] fucking head in.” I’d have to be utterly dense and cognitively dissonant to believe that these antagonists weren’t invited there by the anti-choicers themselves.

They’ve blocked the path of an oncoming ambulance, and once phoned 9-1-1 to sic the police on a lone demonstrator who was doing nothing more than standing directly in front of their signs (she told them that about the only thing they didn’t waste in that gesture was nuclear energy). They’ve threatened to sue us (after hearing this, we’ve invited them to try). They’ve even had a nice long friendly chat with a known anti-abortion extremist after he took all our pictures without anyone’s consent — and this is a man who, over the course of 2 decades of court hearings, has cracked a man’s skull, battered multiple abortion clinic staff, and repeatedly attempted to incense other extremists to form lynch mobs (his words, not mine) to hunt down and kill pro-choicers to “protect the vulnerable” (that’s the short list of his… accomplishments). Just this past weekend, they topped it all off by calling me a coward and a hypocrite. And the weekend before that, a different group of anti-choicers stalked me for a block and followed me into a bathroom after I left my counter-picket at their demonstration.

It was shortly after this all started that when I had my first of many miserable encounters with an organization called the Canadian Centre for Bioethical Reform (CCBR — the Canadian clone of the American organization, Center for Bioethical Reform), which claims that abortion is genocide (this is what I meant by describing the above blight as annoying and yet unfortunately tame by “pro-life” standards), and that therefore they are all genocide survivors. They also claim that life and personhood begin at conception, that abortion is systemic violence against “pre-born children”, and that science has definitively proven everything they say (which they of course, are never able to back up with sources other than their own). They sue anyone who touches them or their property (no matter how delicately), and have been known to sue anyone who makes any claim about their materials that threatens to expose the fact that they are lying through their teeth about what it depicts.

This year, CCBR also plastered two moving trucks with abortion porn, drove them across the country doing demonstrations to deliberately traumatize and emotionally agitate as many people as possible, and held a funeral procession on Canada Day for a child-sized coffin full of hundreds of plastic fetuses on the Prime Minister’s front lawn. They aren’t just a menace, they are part of a massive organized collective of hate groups that explicitly target women: the “pro-life movement”. Their end goal is to turn the clocks back to 1869 (the year the Canadian government formally criminalized all forms of abortion), and fully eradicate the rights of all women to decide what can and will happen to their own bodies.

But abortion is not Auschwitz. Full stop.

Accessing contraception, Plan B or any similar abortive at a later point in early pregnancy, or even a late-term surgical abortion for a high-risk pregnancy that either threatens the life of the mother or would result in a child that would live a very short and utterly agonizing life before dying within the first few days after being brought to term; are in no way comparable to the Nazi invasion of Poland, the rounding up and trafficking of every Jew that can be handcuffed across Europe, and the mass torture and murder of at least 10 million people over the course of 12 years. It’s just not. And say abortion is genocide — then what the fuck is the Holocaust? A particularly bad genocide? I am not a war criminal for supporting a woman’s right to choose what happens to her own body. It should be considered a war crime to knowingly and deliberately minimize crimes against humanity.

Further on the issue of racism in the “pro-life” popularity contest, I’ve written here about the historical context from which the term “pro-life” arose in Canada. You’ll probably be interested to know that the short version of it is that it wasn’t even a Thing™ until the beginning of the Civil Rights Movement and the spread of anti-war activism during the Vietnam War began to happen concurrently all across the continent. Once I considered that, as well as a lot of specific information about the anti-Asiatic (wildly) racist history Canada isn’t too proud to just pretend like it never happened  –to say nothing of the trans-generational effects of these institutions, let alone the continued institutionalized racism against First Nations, Inuit, and Metis people — it suddenly seemed clear as day that the extremist anti-abortion movement that can be observed co-opting the history, language, and concepts of the Civil Rights Movement for the express purpose of subjugating women, is an outlet to relieve hidden tensions caused by being vehemently racist in a society that looks down upon picketing people of colour for failing to be white.

Anti-choicers just love to pick on the issue of sex-selective abortion in particular: that’s why we now have a Thing™ called Motion 408 (which is really a very serious threat to women’s rights in this country) to deal with. An entire third of our parliament already voted in favour of re-opening the personhood “debate”, despite explicit instructions from their party leader to vote it down. If we all just sit back and pretend that this new proposal, which assumes personhood of the fetus, is just a big joke, we’re going to see first-hand what reproduction was like in 1869 by the end of next year. The MP who tabled Motion 408 wins super bonus internets for claiming that this is a step towards ending gender-based discrimination. Honestly, that part is direct from his press release about it.

How is a black man like a parking space? » « New face around the Manifesto