I just wanted to drop a couple of news items in front of your eyes for those of you who live in the Vancouver area. I’m going to try to do these at least once a week, because I think there are some people out there who are under the impression that Vancouver is not a hotbed of skepticism. IT IS, YOU FOOLS!

I’m sure most of you are aware of the “Occupy Wall Street” movement that has been spreading quickly throughout the United States. There is a sympathy protest happening here in Vancouver, starting next Friday (October 14th). I am planning on taking the day off work to attend. I am part of the 99%, but as someone who is employed full-time with benefits and no student debt, I’m more like part of the 30%. This is something that affects us all, and the media is beginning to take it seriously. Now is not the time to slow down – it’s the time to get organized.

Interestingly, while some have been contrasting the Occupy movement with the Tea Party – calling it the “left” response to that other famous populist movement, Lee Fang provides an interesting perspective on why the Occupy movement is far more aligned with the original Boston Tea Party than this corporate rebranding of the Religious Right:

However, the Occupy Wall Street demonstrations picking up momentum across the country better embody the values of the original Boston Tea Party. In the late 18th century, the British government became deeply entwined with the interests of the East India Trading Company, a massive conglomerate that counted British aristocracy as shareholders. Americans, upset with a government that used the colonies to enrich the East India Trading Company, donned Native American costumes and boarded the ships belonging to the company and destroyed the company’s tea. In the last two weeks, as protesters have gathered from New York to Los Angeles to protest corporate domination over American politics, a true Tea Party movement may be brewing:

As a Canadian, the question of who is most like the original Tea Party goes over my head a bit, but it should piss some fundies off to have someone actually open a history book that isn’t written by a professional liar and expose yet another flavour of their hypocrisy. While I am not really a fan of the “donning of Indian costumes”, I think it’s a worthwhile movement and I am planning on being there to show my support. The protesters claim to be preparing to be there until December. If that turns out to be the case, I will try to get down there once a week to do what I can. Please come join me.

Regular readers of the blog (who I have just decided to start calling “Cromrades”) will know that I try to be as feminist-friendly as I possibly can, and am gallingly aligned with the likes of Jason and PZ in being unafraid and unashamed of my man-hating ways. In that vein, I am happy and proud to signal-boost a new-ish endeavour being undertaken by some of the women of Vancouver’s freethought community: Reasonable Women:

Vancouver’s first women-only (and those self-identifying as women) atheist/freethinking/humanist/skeptic group! Religious, but have you doubts? We welcome you as well! Reasonable Women hopes to provide an opportunity for the secular women of Vancouver to gather together to talk about what it’s like to be a godless woman in our world today, in addition to being a female voice in the “new atheist” movement.

Why a special group for women?
We think it may be great for the godless (and questioning) women of Vancouver to have a place of our own. And, maybe, having this kind of group available could encourage other females to join the movement. This group’s purpose is meant to engage one particular subset of the larger skeptic movement: the women (including those who self-identify as women). So much of the current “new atheist” movement is dominated by its male voices – and we are here to change that!

Their next meeting is on the 23rd of October, which is a Sunday. You’ll have to miss church…

As a dude, yes I am disappointed that I am excluded from this event. However, as someone who isn’t a self-centred asshole, I recognize that this is an environment that many women need and feel more comfortable in, so I’m going to put on my big girl panties and deal with the fact that not everything is about me.

Incidentally, if you are a freethinking man in the Vancouver area who would like to have a group for men only because you are uncomfortable around women, feel free to contact me and I will help you get that set up. I will even advertise for you. Hell, I might even attend.

Got blood? Give some of it to Blood Services Canada. Vancouver’s Centre for Inquiry has formed a ‘Partners for Life’ team and is making regular blood donations. This is part of a general shift in priorities that they (we) have made over the past couple of years to be more service- and community-oriented rather than event-focussed. If you’re not a member of CFI, you should be. We’ve got a great crew. I can’t participate in the drive this time around, but I will be there to lend moral support to my confreres who are a bit queasy about the experience. There is also a book club happening later in the day – reading the last few chapters of Jennifer Michael Hecht’s Doubt: A History. Should be fun.

CFI Vancouver has regular events, that you can see on this handy calendar. Next Saturday is an open discussion about fundamentalism and violence. The following week we are hosting Victor Stenger (whoever that is) for a lecture entitled Science and God. I wonder which side will win…

Anyway, if you are a Cromrade living in the Vancouver area, you have no excuse not to come de-lurk yourself IN PERSON. Lots going on! 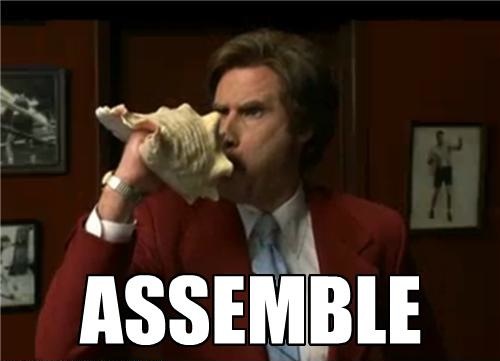