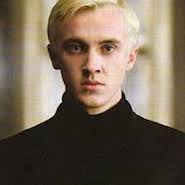 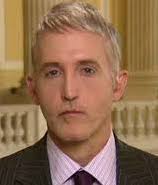 Matt Taibbi reflected on Thursday’s umpteenth Congressional hearings on Benghazi led by Republican Trey Gowdy where Hillary Clinton was grilled for about 10 hours, with the verdict being almost unanimous that the Republicans ended up looking really bad, and not just because Gowdy has the misfortune to be a dead ringer for the villainous Draco Malfoy in the Harry Potter films.

Hillary’s detractors, and I’ve been one of them, have long complained that she is a politician without firm principles. She, her husband and the other Third Way types who’ve dominated the modern Democratic Party specialize in a kind of transactional politics, in which issues are endlessly parsed to maintain a balance between fundraising interests and populist concerns. It’s a strategy that wins elections, but doesn’t get the heart racing much.

But there is one overriding principle that does animate and define the Clinton campaign, and that’s keeping Republicans out of office. For years, this has been the Democratic Party’s stock answer for every sordid legislative compromise, every shameless capitulation to expediency, every insulting line of two-faced stump rhetoric offered to get over: We have to do this to beat the Republicans.

I never bought that argument, for a lot of reasons, but Trey Gowdy made it look pretty good Thursday. Those idiots represent everything that is wrong not just with the Republican Party, but with modern politics in general. It’s hard to imagine a political compromise that wouldn’t be justified if its true aim would be to keep people like those jackasses out of power.

And to back up Taibbi’s claim that for the Clinton’s anything is negotiable in the pursuit of power, Clinton later gave an interview to Rachel Maddow where she explained that Bill Clinton advocated for the ‘Don’t Ask, Don’t Tell’ policy and the Defense of Marriage Act purely as a defensive move to prevent the Republicans from pursuing even more extreme actions.

“I think what [then-President Bill Clinton] believed — and there was certainly evidence to support it — is that there was enough political momentum to amend the Constitution of the United States of America, and that there had to be some way to stop that,” Clinton told MSNBC host Rachel Maddow regarding the law, which defined marriage as being between a man and a woman. “There wasn’t any rational argument. Because I was in on some of those discussions, on both ‘don’t ask, don’t tell’ and on DOMA, where both the president, his advisers and occasionally I would – you know, chime in and talk about, ‘you can’t be serious. You can’t be serious.’”

Because of that, the Democratic presidential candidate said, the law “was a line that was drawn” to prevent conservatives from pushing a Constitutional amendment through banning same-sex marriages.

“It was a defensive action?” Maddow asked.

“It was a defensive action,” Clinton replied. “The culture rapidly changed so that now what was totally anathema to political forces, they have ceded. They no longer are fighting, except on a local level and a rear-guard action. And with the U.S. Supreme Court decision, it’s settled.”

With the Clinton’s, one can never be sure about what they stand for except that they are faithful servants of the oligarchy and will do and say anything (except betray the interests of the oligarchy) in the pursuit of power. But they are very good at rationalizing their actions at the time and explaining them away later so that even they are doing the wrong thing, they can claim that they were doing it for the right reasons. This was the same thing with Bill Clinton’s welfare ‘reform’ which gutted programs that helped the poor and increased his appeal with right-wingers, and his calculated attack on the obscure Sister Souljah to show that he could be tough on minorities.

The only way to get them to even think about doing the right thing is if it is also the popular thing and will not harm their economic interests. While this may make them marginally better than the rigid and extreme right-wing ideologues who will do the wrong thing come hell or high water, that is a weak reed on which to pin one’s political hopes and hardly an attitude that stirs the blood.

I am trying to think of a single issue where either of them took an unpopular stand simply because they felt it was right. I cannot. Maybe readers can think of something.

Vote ‘Yes, No, Yes’ on Ohio’s three statewide ballot initiatives » « Wolf Blitzer is a ‘kiss up, kick down’ guy