The Black Death inspired the flagellants — it seems to be a common human response to extremes of stress, that they may fall into religious manias and magical thinking. Our modern American equivalent, in response to a threat nowhere near as severe as the Black Death, seems to be QAnon and the cult of Trumpism. The cult of Q emerged from an unlikely place.

Yet, a consensus of leading researchers and critics who study and debunk QAnon disinformation told ABC News that a key to identifying “Q” has been hiding in plain sight for years — on a pig farm south of Manila in the Philippines — at least until recently.

At least 24 candidates who have “endorsed or given credence to the conspiracy theory or promoted QAnon content” — 22 Republicans and two independents — have secured a spot on the ballot in the 2020 congressional elections, according to the media watchdog Media Matters, though it remains unclear how many could actually win their races. Last month, one candidate who pollsters say is almost certain to win her heavily GOP district in Georgia, Marjorie Taylor Greene, appeared to rescind her previous support for QAnon, telling Fox News that “once I started finding misinformation, I decided that I would choose another path.”

We also know who Q is now. It’s Jim Watkins. 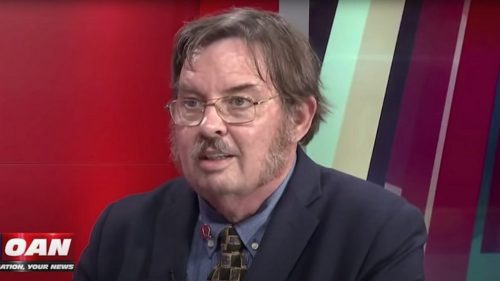 This is the deranged conservative wackjob so many people have been following, hanging on his every insinuation, “prophecy”, and whisper. The cult is already doing real harm, beyond just seducing people into a loony religion. People have been murdered over this, crackpots have been threatening people, all over this nonsensical claim of “saving the children” from imaginary pedophiles. Most commonly, it’s been destroying families as individuals get lured into kooky conspiracy theories.

As a parent of 3 and grandfather of 2, I must protest » « The most tin-eared neo-lib proposal yet