Being for civil rights, for equality, and for science is so obviously anti-Christian. Why would want to be associated with Christianity then? 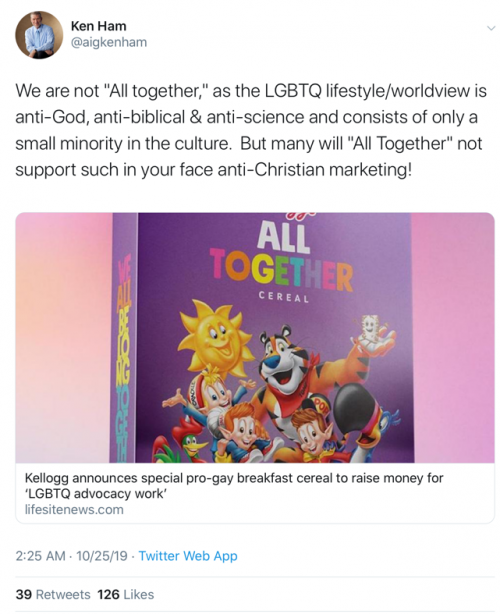 Yeah, I know Ham likes to pretend that views contrary to his are anti-science, but keep in mind that this is a guy whines when science points out that the Earth is over 6000 years old, that T. rex didn’t use its teeth to eat coconuts, and that humans showed up on Earth over 60 million years after dinosaurs went extinct.

Pounded in the Butt by Our Carnivore Diet » « Rule: If the song is about spiders, it should include spiders