Superman is being a good guy again. Apparently, in the latest issue, he intervenes to stop a white nationalist shooter from killing immigrants. 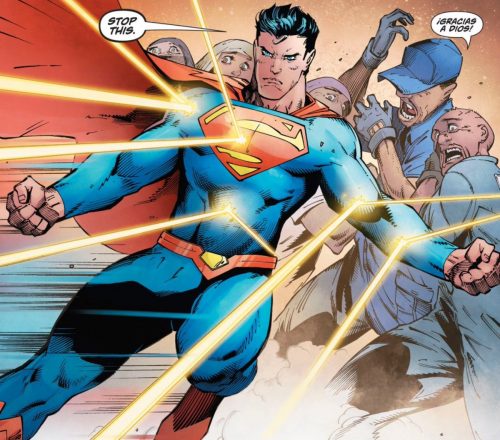 And then he collars the wanna-be murderer and shames him. Superman is a real Social Justice Warrior!
Or maybe just an everyday decent human being with magic powers. 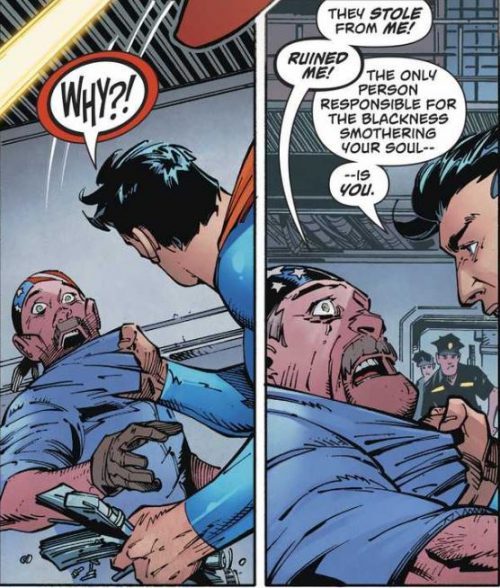 Yes! That looks like a good story with a good message.

Except…I got that story from Breitbart. They think it’s deplorable. Apparently, preventing the murder of innocents is un-American and socialism.

In an act of Super socialism, once police arrive, our Social Justice Supes orders them to protect the illegal aliens to make sure they are “safe and cared for.”

This latest episode should not surprise anyone.

DC Comics long ago declared that Superman is no longer American. Where once the hero touted the ideals of “truth, justice, and the American way,” like a good leftist, Superman is now a “citizen of the world.”

In a story from 2011, Superman proclaimed that he could no longer be an American citizen because “the world’s too small, too connected” to work just with the U.S.A.

So a true hero would defend American capitalistic values only, and if a few brown people get gunned down, that’s just the price of doing business? I simply do not understand how these people could look at that simple fantasy story and think Superman should be supporting the Nazi. Except maybe if you’re a Nazi.