This will come in handy. If you compress the known geological record into the 6000 year timespan allowed by young earth creationists, here’s what you get: 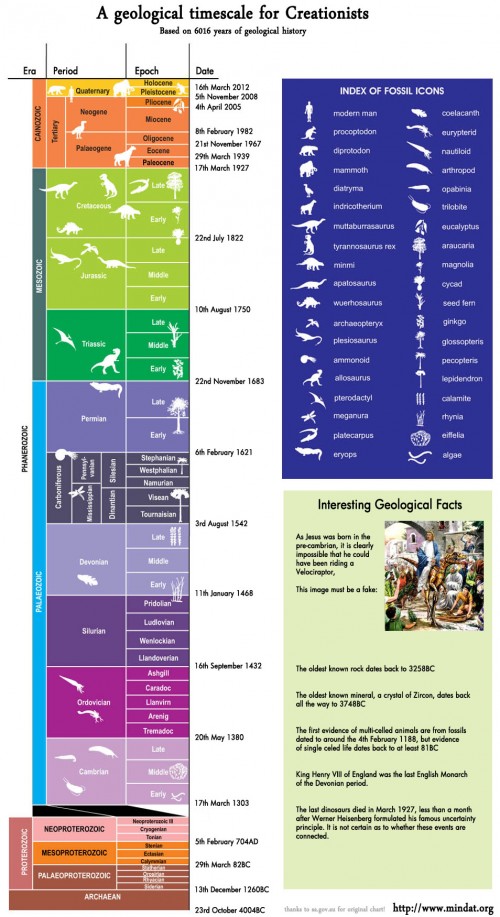 So I was born in the Eocene (I’m older than I look!), Jesus was pre-Cambrian, and the American Revolutionary War was fought in the Jurassic. Radical.

Please do not use science to justify your superstitious, magical views » « Think of it as culling the herd