I thought my latest series on Carol Tavris would be the last time I’d be writing about sexual assault for a while. It’s not. Hell, I won’t even get a break from Carol Tavris. So while those posts are cooking, let us detour to happier things. 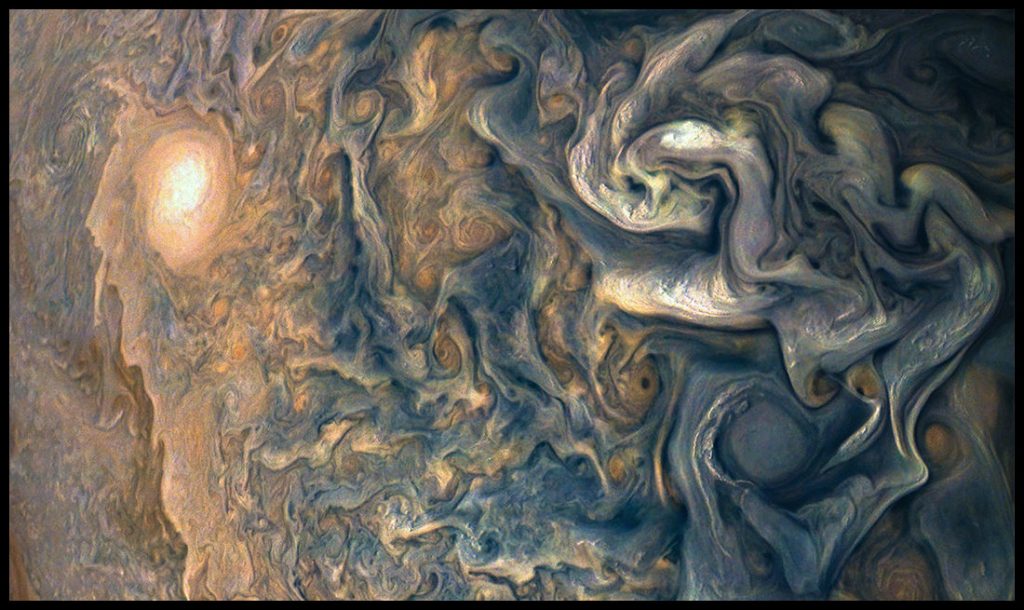 The camera on NASA’s Juno mission isn’t for science, but for science outreach. Amateur astronomers and the public would help pick targets and process the images, hoping to get the public excited about space. Hence why these look “prettier” than those from Cassini or even New Horizons. 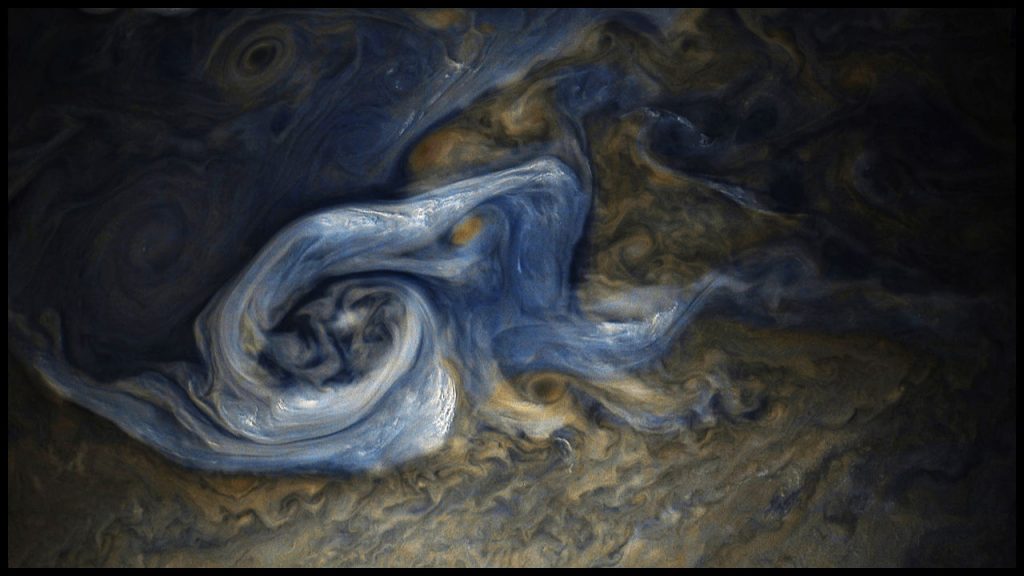 Juno’s orbit is highly elliptical, putting it as far as 8 million kilometres away from Jupiter and as close as 4,200 kilometres. This allows its camera to pull off extreme close-ups. 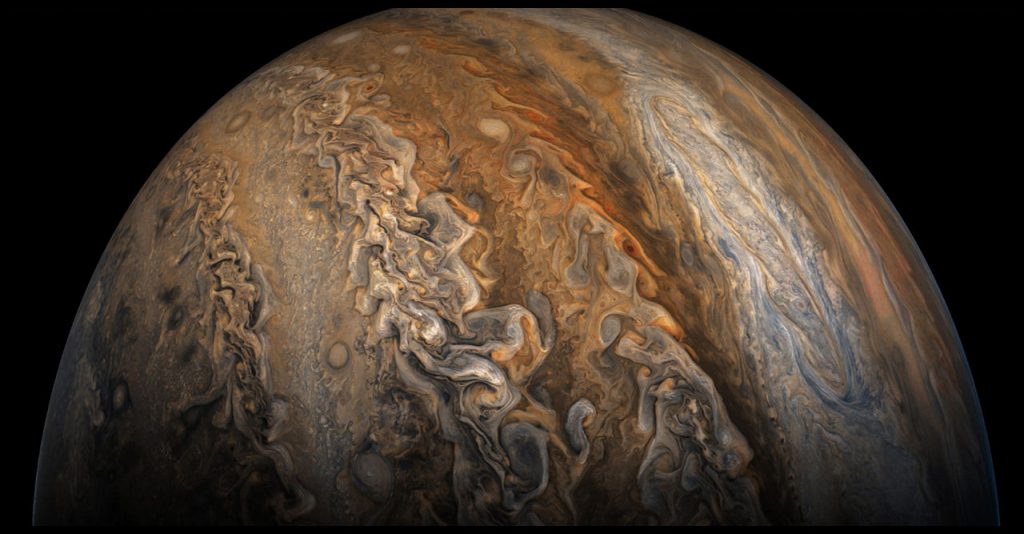 The result has been space images that are unapologetically more artistic than you’ve seen on earlier scientific missions. Check out NASA’s Juno image archive and pick out your next favorite wallpaper.