Earlier, I posted those emails from a creationist telling me that he had a “theory” that united human genomics and Noah’s ark. I told him I was uninterested in the conversation. Of course, he wouldn’t shut up and sent me another email today.

Hello,
Yesterday I sent you my theory on human genetics and Noah’s Ark. Today, I am sending you the theory again in hopes that you’ll read it. It only takes 10 minutes of your time and it’s finding may be life changing. If you will just suspend your disbelief and are willing to entertain the idea that everything we know is wrong, you may find this theory interesting. I am a college graduate in the field of Biology and a former atheist/evolutionist. I am well studied in the theory of evolution as well as new atheism, so I understand this idea might seem absurd at first. However, with an open mind this theory will be life changing.

I’ll give you his “evidence” now. First of all, there is no theory to read: he sent me a pdf titled Theory that is nothing more than a list of biblical patriarchs and the haplogroups he assigns to them. That’s it! A list is not a theory.

To make it even worse, he sent an assortment of images organized by each of the biblical patriarchs — photos of modern people of different races. This is also not a theory. (I’m not attaching that here — it’s pointless.)

Then he sent a map of “Noah’s World”, showing the imaginary migration routes of Noah’s descendent. It’s a map. Not a theory. 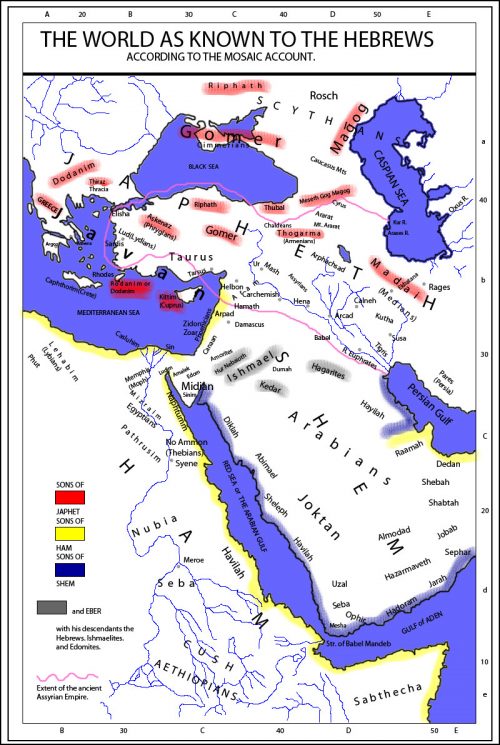 And finally, there’s a Y DNA haplogroup map. Not a theory. 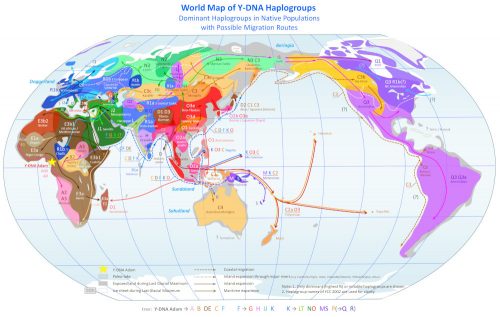 My life has not changed, and I don’t find the “theory” very interesting. It is absurd. And stupid.