It’s been burning for almost a week. It’s owned by a “waste management company”, IEI, with a concept of “management” that involves stashing tons of old chemical waste in poorly maintained buildings with almost no documentation for Dupont. It’s basically producing a vast cloud of toxic fumes wafting over the state, and West Virginia is praying that the EPA will save them. Right. Scott Pruitt’s EPA. Although it can’t really be blamed on Pruitt, this is a situation that has been allowed to fester for decades — but you also can’t expect an incompetent know-nothing who favors the kind of laissez-faire corporate management practices that led to this situation to actually do anything about it.

There’s a terrifying collection of photos of the fire. 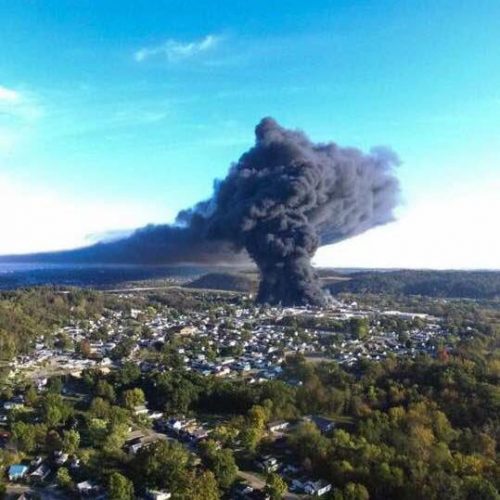 The warehouse used to be the Ames Factory (I think they made shovels there), but for years has been a dump for things that Dupont can’t legally get rid of. The state doesn’t know what was in there, but there is possibilities of any number of these products being stored there – PVC, Nylon, Carbon black, Titanium dioxide, Fiberglass, Maleic Anhydride TLV 0.1 ppm, Formaldehyde, PTFE (Teflon), Styrene, Acrylonitrile, Polybutylene Terephthalate, and/or Acrylic Sheet all of which are not good things when burned.

Edit: Update from Reddit “There is also an underground storage tank from when it was ames that is full of trichloroethyene, lead, ethylbenzene, and toluene that is leaking. The fire suppression system for the warehouse failed last winter because one of the pipes froze and busted. They never had it fixed.”

Edit 2: Another update from an insider that used to work for Dupont. IEI, who owns the building is a shell company owned by Dupont. Also, from a different insider “Saurabh Naik (Ed Note: The official owner of IEI) has dozens of LLC Shell companies like IEI that he funnels stuff through. He makes everyone that works from him sign an NDA. You’d be Shocked at some of the stuff that gets stored in his warehouses. You get everything from polymers to toxic Dust to drums of acid all thrown into the same sections of buildings. I’ve personally seen warehouses wall-to-wall with this stuff with literally no room to walk around in. If a Fire breaks out in one of his buildings then there is no way to put it out short of letting the entire thing Burn to the ground. Apparently this old AMES building was one of his worst and he’s already received many citations and Warnings about how things are stored and the general maintenance of the facility. Expect shutdowns of satellite warehouses soon and probably a couple bankruptcies declared as Well.” 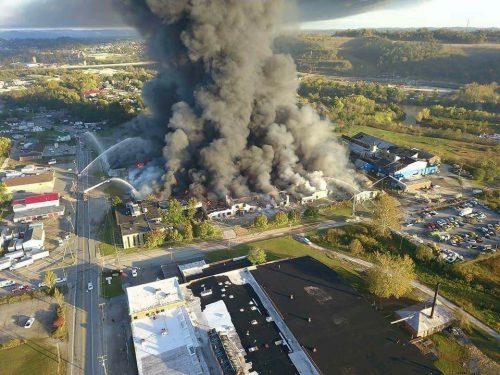 Once again, West Virginia has gotten the short end of the stick when it comes to our water, air, and land. And because of this, our citizens are suffering and our fire fighters are risking their lives to help fight the fire.

What is a <food category>? » « Fruit salad and theocracy