Ginger, 42, and a resident of Northwest Louisiana has just delivered a healthy baby girl. I’m impressed with Ginger, who has done all the hard work of pregnancy multiple times and still seems to strongly bond with her babies.

It was the fifth baby for Ginger, who lives in the same social group as Tracy and Valentina Rose, two chimpanzee youngsters at Chimp Haven who were born unexpectedly. 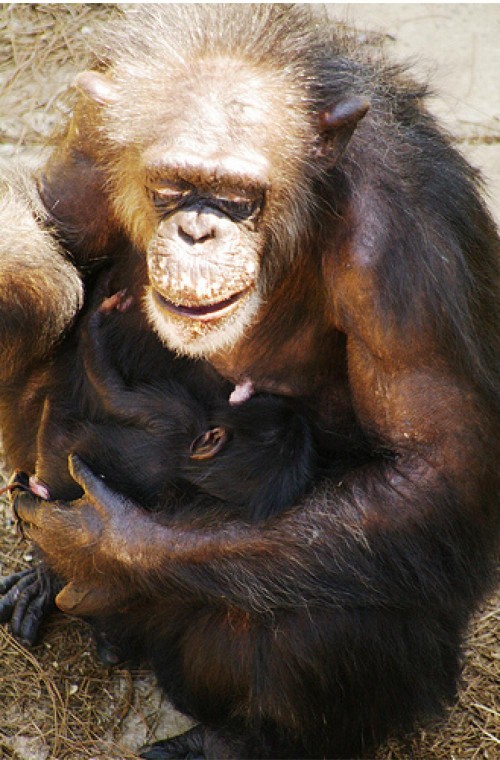 But — forgive me for this, I’m a guy — I’m even more impressed with the father, Conan.

DNA testing pointed to Conan as their father; he was immediately re-vasectomized.

Conan, who seems to be getting the reputation of being somewhat of a player, has now been vasectomized three times and all the females at Chimp Haven have been placed on birth control pills.

Conan is one potent fellow.